COVID-19: Gov’t Has So Far Been Lackadaisical In Dealing With Pandemic - Seth Atanga 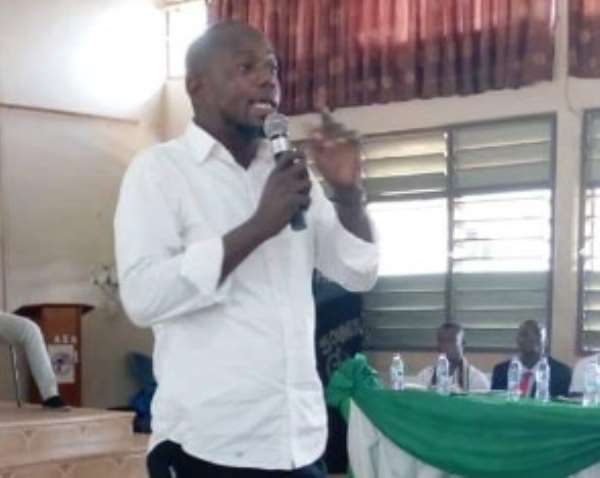 A young Ghanaian politician is encouraging government to do better in her effort to stop the spread of the COVID-19 pandemic.

Seth Atanga, Deputy Ashanti Regional NDC youth Organizer says he is not impressed with government’s handling of the COVID-19 pandemic. “There is no clear-cut strategy” he insists saying the government is taking knee-jerk approaches to fighting the pandemic."

He added, “It is important we do not go the Italian way of underrating the virus” he opined saying “China has been able to contain it because they took things more seriously right from the beginning”.

He called on government to come up with better methods that encourage isolation and also provide mitigation factors such as reduction of utilities such as electricity and water bills as well as internet charges as has been done in some other countries to incentivize Ghanaians to stay home.

He admitted that Ghana might not be able to go as far as these countries have gone with their mitigation factors but believed such incentives can be put in place to encourage people to stay home and thereby curtail the spread.

He believes without such intervention, people will be forced to go out to work in order to pay their bills.

He could not fathom why some people are still commuting to work daily since in his opinion, it is counterproductive in the fight against the pandemic.

He also questioned what number of sanitizers, nose masks, veronica buckets and other essential equipment being made available to key institutions

Mr. Atanga is of the view that every hospital should have an isolation unit and adequate Personal Protective Equipment.

The young politician said government has been lackadaisical in her move on this pandemic. “When Ebola broke out, we did not record any case but we had an ebola centre. That is a proactive move.”

He insists government should be blamed for people not taking the pandemic seriously especially as they have turned a blind eye to the NIA’s irresponsible behavior.