Covid-19: French minister urges jobless to help farmers so 'we may all eat' 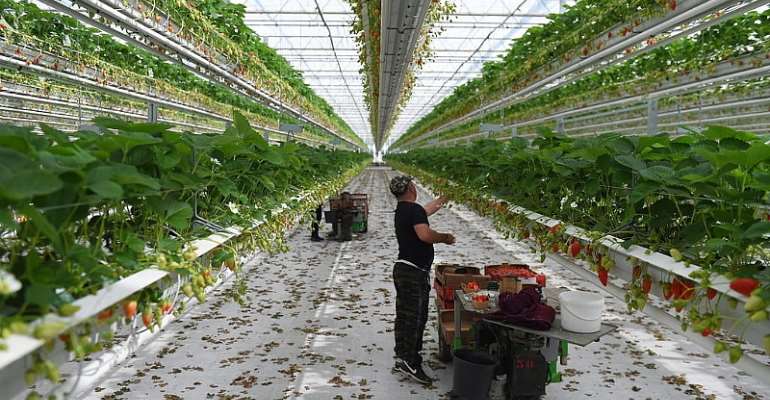 There is an acute shortage of seasonal labour to harvest crops on French farms. The agriculture sector is calling on people in France, under lockdown and currently not working, to go work in the fields.

The French agriculture sector needs 200,000 people in the coming three months to palliate the absence of foreign workers. They cannot come to France because the country's borders have been shut down due to the coronavirus pandemic whose epicentre is now Europe.

The foreign workers are mainly from north African countries like Tunisia and Morocco as well as eastern European countries. Undocumented workers – who also take up such jobs – currently living in France are hesitant to travel across the country because of reinforced police patrols monitoring the lockdown.

Didier Guillaume, the French Agriculture minister, said there is a need for more “solidarity” so that “we may all eat”. The minister is urging the people in France to "manger français!", eat French produce and support the local economy.

“I am calling on the men and women who are not working and locked indoors to join the great army of French agriculture,” he declared.

He said he was thinking about waiters, hairdressers, hotel receptionists and all the people who are unable to carry out their usual professional activities.

Guillaume said they will be paid by the farmers and that the modalities for this initiative will be laid out in coordination with Muriel Pénicaud's Labour ministry, Bruno Lemaire's Economy ministry and his ministry of Agriculture.

The ministry of Labour will deliver "practical guide", by the end of the week, for potential employers in the farming sector establishing how to ensure the safety of newly recruited workers while France is still under lockdown.

“I can't see why a hairdresser will not be able to pick strawberries or bottle yogurts,” he added.

His declarations met with some degree of mockery on social media given that his government recently applied tougher sanctions and restrictions on public movements for an extended lockdown.

Matching farmers and workers
The FNSEA, the French National Federation of Farmers' Union, said that measures will be put in place ensuring the safety of potential new seasonal workers, including social distancing.

French asparagus farmers said that, with the lockdown, their sales went down by half. So, they reduced production accordingly and are leaving crops to rot in the fields.

Lambert called on students and unemployed to reach out.

According to the farmers' union, the regions most in need of seasonal labour are the Pyrénées-Orientales the Gard and Hérault in the south as well as the south-western Dordogne, Lot et Garonne and Tarn et Garonne.

The online platform is set up with Pole Emploi, the French national employment agency.

The FNSEA requested a special exception for weekly working hours which, in France, are set at a maximum of 48 hours. The union is also asking that overtime not be taxed.

The government as well intends to launch a platform with Pole Emploi to facilitate recruitment by "those sectors currently in need of more labour".

Police arrest Funny Face after threatening to kill mother of...
18 minutes ago