'It's not rosy': Kenya's flowers rot amid virus slowdown 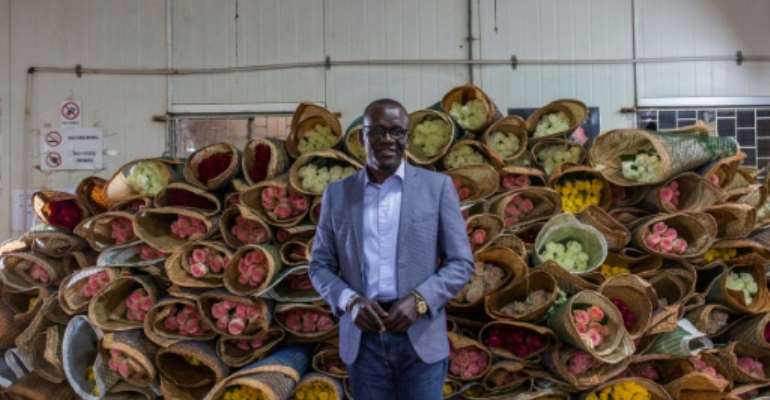 Clement Tulezi, head of the Kenya Flower Council, says the industry has been devastated by the coronavirus crisis. By patrick meinhardt (AFP)

On a Kenyan flower farm, workers stick to their daily schedule of cutting some of the world's finest roses.

But instead of flying them to Europe or the Middle East for weddings, funerals and romantic gestures, they take them to an improvised dump where tens of thousands of delicate blooms lie rotting in the sun.

As the coronavirus pandemic has brought the world's biggest economies to a halt, stopping flights, gatherings and much of daily life, Kenya's flower industry has wilted.

"It's so sad. It's like throwing money away," said Sarah, a security guard at the Bliss Flora farm in Njoro, some 180 kilometres (110 miles) northwest of Nairobi, which has been unable to sell its produce for the past 10 days.

On the Njoro farm, which in normal times produces up to 120,000 roses a day, massive greenhouses cover about 37 hectares (91 acres), linked by an irrigation system using collected rainwater.

Flowers, along with tea and tourism, are a backbone of Kenya's economy. 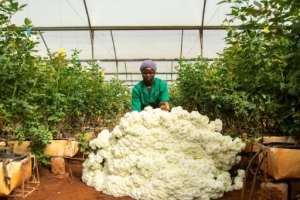 Workers still have to cut the flowers, but the precious blooms are dumped -- demand in Europe and the Middle East has evaporated. By patrick meinhardt (AFP)

Kenya is the lead exporter of roses to the European Union, and the industry employs some 150,000 people, indirectly supporting four million people, according to the Kenya Flower Council.

But while the coronavirus has hit sales hard, the roses don't stop growing.

"This being a living product, we cannot stop the entire operation," said Sachin Appachu, general manager of Bliss Flora Ltd.

"The production continues, the roses are being produced on a daily basis, we have to harvest them and throw them away."

In one of the greenhouses, Andrew Awoh, 51, one of the farm's 500 employees, keeps cutting roses as he has for eight years, fearful of what the future holds.

"Things are so different because of this corona disease. I myself, I need food, to pay rent," said the father of five.

Appachu, 47, looks on at the rotting flowers with despair.

"It was already scary to see a three-hour movie where this kind of virus brought difficulties to society, but having to live it now for days, and months -- we don't know -- is really scary. It's haunting, actually."

To limit the impact on his business, he has implemented a system rotating teams so that each employee gets at least half of their salary.

He has also gone to see banks in the region to ask them to suspend his employees' loan repayments, which they accepted. 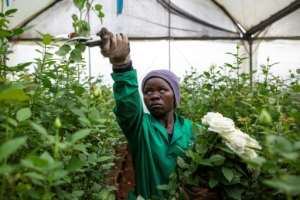 But he doesn't know how long he can hold out.

"People in Europe have two immediate needs: that is food and their own safety in terms of health. The rest are luxuries. And so they are looking at flowers as luxury."

He said bans on social gatherings like weddings or funerals have also contributed to a fall in demand. 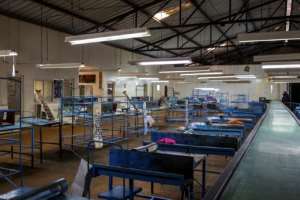 Normally bustling at this time of year, a flower packing line at a farm in Kiambu County lies ominously silent. By patrick meinhardt (AFP)

Another farm director, who exports 60 percent of his produce to the Middle East, explained on condition of anonymity that he still received orders but cannot find a plane to haul the flowers.

Tulezi said the industry is discussing relief measures with the government such as delaying tax payments or early payment of VAT refunds.

In the meantime he is worried about the "social impact, the loss of jobs ... poverty increasing, hunger levels increasing."

Kenya so far has recorded 25 confirmed cases in 12 days.

"We're trying to be optimistic, that we will get over this, but at the moment, it's not very rosy."