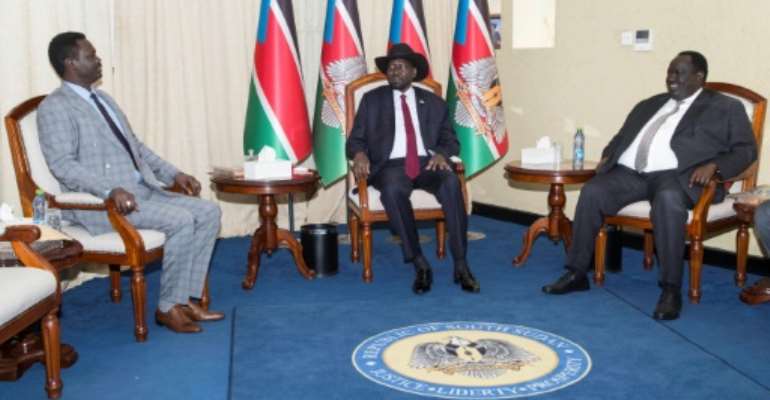 The government delegation in the South Sudanese capital Juba said Omar died at 2:30 am (2330 GMT Tuesday) "after a sudden heart attack during the performance of his sacred duty".

Before becoming minister, he headed the security and defence committee of the interim government.

Before Bashir's overthrow, he served as head of military intelligence from 2017 to 2019.

Since October, Sudan's transitional government has been locked in talks with rebel groups that fought Bashir's regime in the vast western region of Darfur and in the southern border states of Blue Nile and South Kordofan.

Omar said Monday that he was confident the two sides would sign a deal to form a "national army", state media reported.

The government has sought to turn the page on Bashir's three decades of iron-fisted rule by bringing an end to the multiple ethnic conflicts that have dogged Sudan almost continuously since independence in 1956.

The conflict in Darfur alone saw 300,000 people killed and 2.5 million driven from their homes as Bashir's government unleashed Arab tribal militias in a scorched earth campaign against ethnic minority groups.