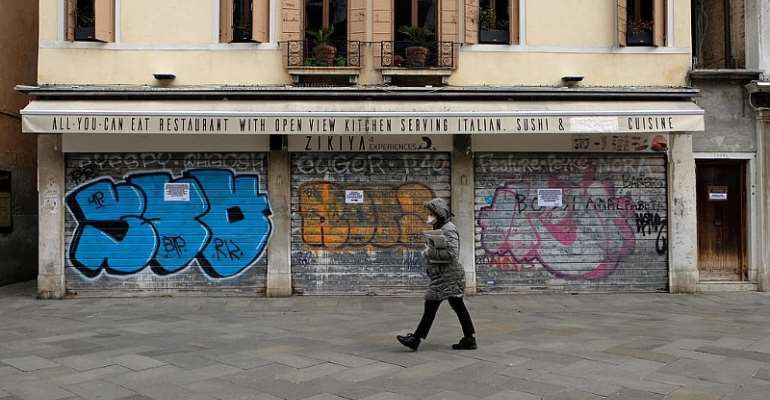 The governor of Italy's northern Veneto region said Tuesday plans were being laid to carry out widespread testing for Covid-19 in hopes of replicating practices proven effective in South Korea in the country hardest hit by the new coronavirus.

Veneto Governor Luca Zaia is not prepared to waste any more time in his region and has decided to launch large-scale testing of the population.

People will be tested in hospitals but also in their cars with “drive through swabs” and will be sent results via email within hours.

Mass screening was successfully used in South Korea and is now being replicated in Italy, where the death toll from Covid-19 is the highest in the world and today stands at 6,820.

Cases could be 10 times higher than reported

Declared infections have nearly reached 70,000 but the head of Italy's civil defence department Angelo Borrelli has suggested that the real number of cases could be 10 times higher than the official tally.

Governor Zaia is hoping to identify all those people in Veneto who are positive to Covid-19 but show no symptoms.

“Every asymptomatic positive person identified is one less person who will be infecting others in the territory”, he said.

Testing decreases transmission
Professor Andrea Crisanti, a well-known virologist from the University of Padua, will be in charge of the project.

Crisanti has been insisting for weeks that until a vaccine is found the way to stop the spread is to identify all carriers of the virus including healthy ones.

“Epidemics must be fought on three fronts: with hospitalisation and intensive care, with discipline at home limiting all social contacts and with active surveillance, that is, identifying all those who unaware can transmit this disease”, Crisanti said.

When Crisanti tested all the inhabitants of the town of Vo' Euganeo at the end of February he found that the majority of those who tested positive showed no symptoms.

He said that by eliminating healthy carriers, transmission of the virus decreased tenfold.

Italy 'on the right track'
Meanwhile the Italian government's extraordinary commissioner for the coronavirus crisis, Domenico Arcuri, said he believed Italy is on the right track and implored Italians to continue to respect the restrictive measures imposed on them to avoid the virus spreading to southern areas where so far it has been contained.

He said now is the time to make sure that all those affected have everything they need.

“We must guarantee more machines, more beds and more staff,” Arcuri said. “In a way, we need to implement a revolution of our national health system. Only in this way will we win the war against  the coronavirus.”

The commissioner also said that the other major objective is for Italy to become self-sufficient in the production of protective masks and other medical supplies, so the country does not have to rely on imports from other countries.

“In a very short time”, Arcuri said, “we were harshly attacked by a strong, invisible and unknown enemy. Faced with thousands of difficulties, we reacted immediately and before many other countries in the world.”

He said Italy is facing an emergency without precedents in its history.