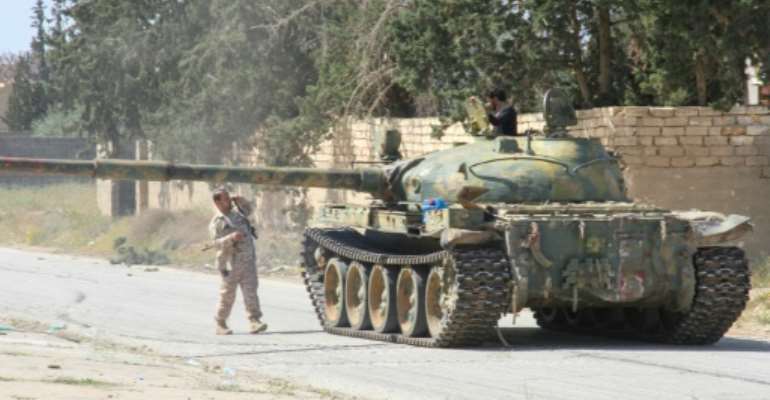 Libya has been mired in chaos since the 2011 overthrow of longtime dictator Moamer Kadhafi and is divided between the Tripoli-based Government of National Unity and forces loyal to eastern-based military strongman Khalifa Haftar. By - (AFP/File)

Libya has reported its first case of the novel coronavirus, a particular source of concern in the North African country where civil war has badly degraded the public healthcare system.

Libya has been mired in chaos since the 2011 overthrow of longtime dictator Moamer Kadhafi and is divided between the Tripoli-based Government of National Unity (GNA) and forces loyal to eastern-based military strongman Khalifa Haftar.

The health minister of the UN-recognised GNA late Tuesday reported "a first contamination with the coronavirus in Libya," without giving details of the case.

"The necessary measures have been taken to treat" the patient, the minister, Ehmed Ben Omar, said in a brief online statement.

Badreddine al-Najar, director of the National Centre for Disease Control, said the patient had returned from Saudi Arabia via Tunisia a week ago.

Even before this first case was detected, both rival administrations had launched preventive measures against the COVID-19 pandemic, including night-time curfews and the closure of restaurants and cafes.

But they have contined to fight in the main battleground south of the capital, where the sound of heavy bombardment was heard on Tuesday. 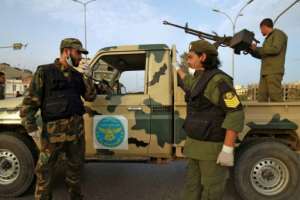 Fighters of a military battalion loyal to Haftar patrol the streets in the eastern city of Benghazi during a state of emergency to combat the coronavirus. By Abdullah DOMA (AFP/File)

The risk posed by the pandemic is particularly worrying in Libya, where the security and humanitarian situation have deteriorated further since Haftar launched an offensive against Tripoli almost a year ago.

A fragile truce entered into force on January 12, but fighting has continued with each side blaming the other.

Days ago, UN chief Antonio Guterres urged both GNA and Haftar forces to observe a truce, citing "the already dire humanitarian situation in Libya and the possible impact of the COVID-19 pandemic".