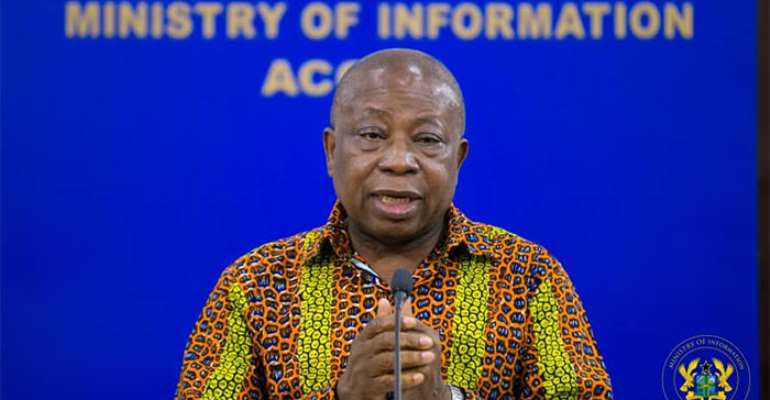 The Health Minister, Kwaku Agyeman Manu said field officers have been deployed to trace people who had come in contact with coronavirus careers.

The ministers said the health authorities had deployed 98 field officers in the Greater Accra Region to undertake contact tracing while 50 were deployed in the Ashanti Region.

Speaking at a press briefing in Accra on Tuesday, the minister noted that the contact tracing is part of the protocols to stem community spread of the disease.

Ghana's confirmed cases for COVID-19 have increased to 52 with two deaths, after 25 of those on mandatory quarantine tested positive.

The 25 persons’ laboratory results, out of 185 respiratory residue samples of those on mandatory quarantine, proved positive for COVID-19.

Prior to this, there were 27 confirmed cases, two deaths and 25 on isolation centres receiving treatment after 531 suspected cases were tested.

Mr Agyeman-Manu, said 1,030 people were on mandatory quarantine at designated hotels, with 611 of them having their respiratory residue samples taken for laboratory tests.

He said the health authorities would communicate the laboratory results to those whose samples tested positive and convey them to isolation centres for treatment.

He noted that the mandatory quarantine was intended to avoid community spread of the virus, therefore the results of the 25 positive cases had proved right of the decision.

He entreated those on mandatory quarantine to cooperate with the health authorities and security personnel for a smooth exercise since it was in their own interests.

Government ordered the closure of the country’s borders on the midnight of Sunday, March 22, to human traffic, except cargoes.

In addition travellers who will arrived in the country will undergo mandatory quarantine for 14 days.

Government is earmarking $100 million for preparedness and response plan, which would be used for the construction of critical health facilities, procurement of materials and supplies.