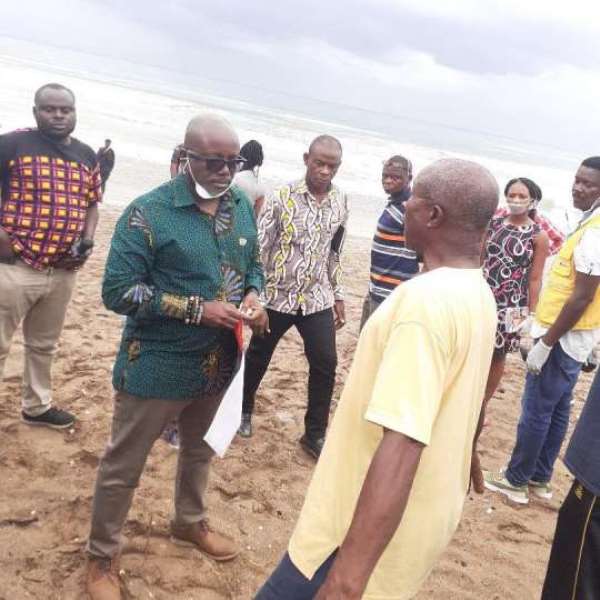 Mr Agyemang expressed concern about the way most beach operators still operate and congregate more than 25 people especially at the weekends which poses serious health concern in the wake of the increasing number of confirmed cases of coronavirus in the country.

The Chief Executive Officer gave the caution in an interview with the press after embarking on an enforcement exercise to some beaches in Accra.

The exercise witnessed the presence of the GTA team and the Police visiting some beaches in the city to caution them to adhere to the President's directives especially on social distance.

The team placed notices on all entrances of the beaches with the inscription "Beach closed to Curb Spread of COVID-19, by GTA".

Mr Agyemang said the exercise was a precautionary measure to alert operators of the beaches that Parliament had passed the law against public gathering and that any individual or entity found flouting the law would be prosecuted without fear or favour.

Parliament on Friday March 20, under a Certificate of Urgency, passed the Imposition of Restrictions Bill, 2020 to give legal backing to the President to impose restrictions on persons in the event of disaster, emergency or similar circumstances, for public safety and protection.

He said the team would visit these beaches at the weekend to monitor the progress of the orders and make arrest of people who failed to adhere to the directives on social gathering.

Mr Joseph Nii Matey Korley, the Operations Manager, Laboma Beach Resort said their outfit had complied with government's directives and ensured that nobody visited the beach for any activity.

"We have turned down people who come here for jogging and other activities because of the directives. We are complementing government's directives with our internal security", he said.

Mr Eric Mensah, the Beach Manager at Shinning Beach located in Nungua called on government to intensify the education on the directives for easy compliance.

The Ghana News Agency observed that, there were more than 30 people at the Shinning Beach, flouting the directives on social distance.

The Ghana Tourism Authority (GTA) in a statement on Monday March 23, ordered all beaches in the country to close down with immediate effect.

This was to prevent the spread of the COVID-19 disease.

Ghana has so far recorded 53 confirmed cases of the global pandemic with two death.

The statement further advised the public and tourist facility operators to be mindful of the precautionary measure since it was in their own interest.

Government, on Sunday, March 15, announced a number of preventive measures to contain the COVID-19.

Among the directives was the suspension of all public gatherings, including conferences, workshops, funerals, political rallies, sporting events and religious activities, such as services in churches and mosques for the next four weeks.

Also, private burials are permitted, but with limited numbers, not exceeding 25 in attendance.

Businesses and other workplaces can continue to operate but should observe prescribed social distancing between patrons and staff.