A third of the world under virus lockdown, as Olympics delayed 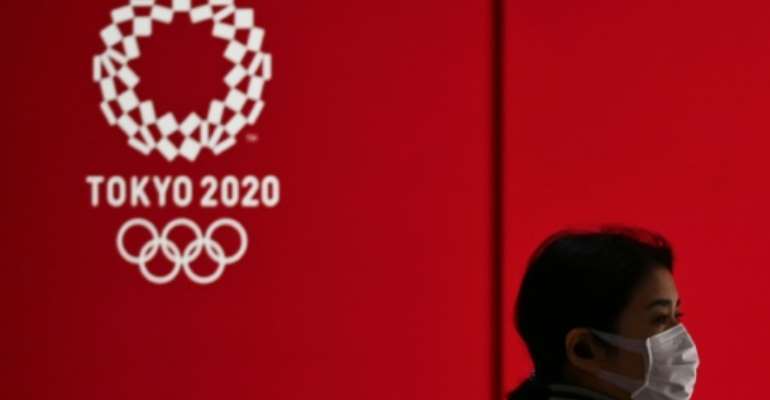 The Olympics had been due to start in July. By CHARLY TRIBALLEAU (AFP)

Global giant India joined the countries ordering their citizens to stay at home Tuesday, putting a third of the world on lockdown as the coronavirus epidemic forced Japan to postpone the Olympics.

Despite warnings from the United States and Europe that the unprecedented shutdown is pushing the world economy towards collapse, more governments are opting to stop potential virus-carriers going out and about.

And just as China, where the new strain emerged last year, began to loosen some restrictions, neighbouring India ordered its 1.3 billion people -- the world's second biggest population -- to stay at home.

Prime Minister Narendra Modi's "total lockdown" call doubled the number of people around the globe under some form of movement restriction to more than 2.6 billion people. 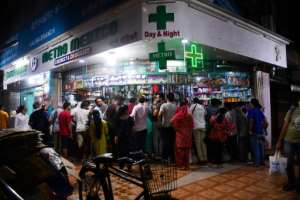 People gather at a pharmacy in Mumbai following the Indian prime minister's announcement of a government-imposed nationwide lockdown. By Indranil MUKHERJEE (AFP)

"To save India, to save its every citizen, you, your family... every street, every neighbourhood is being put under lockdown," Modi said.

Modi spoke as the epidemic continued to ravage the global economy and cut a swathe through the world's sporting, cultural and social agenda, forcing the Tokyo 2020 Olympics to be pushed back to next year.

Japanese Prime Minister Shinzo Abe tried to sound an optimistic note, vowing the delayed sporting extravaganza would be "a testament to mankind's defeat of the new virus".

'You can destroy a country'

Across the planet, the grim COVID-19 toll continued to mount, with close to 17,000 fatalities and almost 390,000 declared infections -- including more than 200,000 in Europe alone, according to an AFP tally.

Many governments are listening to health experts who warn the only way to slow the epidemic -- and save the lives of the elderly and vulnerable -- is by imposing "social isolation" measures on a population. 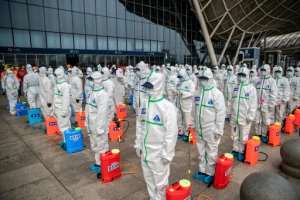 But US President Donald Trump, for one, is not convinced the move is worth the enormous economic cost of sending workers home and closing "non-essential businesses" -- perhaps for weeks or months.

"A lot of people agree with me. Our country -- it's not built to shut down," Trump told Fox News. "You can destroy a country this way by closing it down."

Meanwhile, there were some positive signs from China, where the virus first emerged in December. 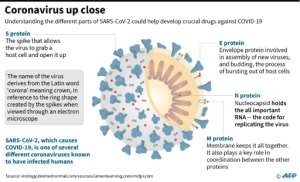 Residents of Hubei province -- the initial epicentre of the disease -- will now be allowed to travel from midnight under moves to lift restrictions on about 50 million people.

"We are celebrating today," a female doctor surnamed Wu told AFP. "The doctors and nurses are becoming more and more relaxed as the days go by."

Nevertheless, the relaxation of rules will not apply to the hardest-hit city of Wuhan until April 8, and fears are rising in Asia over a second wave of infections fuelled by people arriving from abroad. 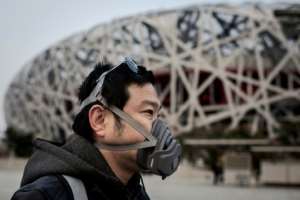 Japan has been better prepared than some countries to weather the coronavirus epidemic but its new stadiums will not see the Olympic Games this year. By NICOLAS ASFOURI (AFP)

And the situation is still critical in Europe, where hardest-hit Italy saw the daily death toll shoot back up to 743 after two days of slight decline from a world-record peak for this virus of 793 on Saturday.

Ireland ordered non-essential businesses to be shut, Britain planned a 4,000-bed emergency hospital in London and Spain called for practical support from the NATO military alliance.

The extraordinary measures being imposed around the world have radically altered daily life and have also thrown up up horrifying tales. 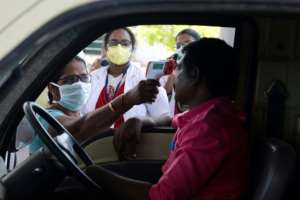 India is just the latest country to introduce a lockdown. By Arun SANKAR (AFP)

Younger people have been warned not to visit elderly lowed ones to avoid spreading the virus to the most vulnerable, but "ticking time bombs".

"It's very hard for the families not knowing what's happening inside," admitted Pauline, a teacher whose mother is living in an elderly care home in Paris where the virus has been detected.

Countries in Africa, where health systems are often fragile, are also ramping up their response to the virus as cases and deaths rise.

Another vulnerable site for infections are cruise ships, and Chile has become the latest country to prevent one -- the Dutch-flagged Zaandam with 1,800 people on board -- from docking.

Chile is concerned that 42 of those on board with flu symptoms might be carrying the coronavirus, but previous experience with a ship off Japan has shown the disease spreads quickly among trapped passengers.

The financial impact of economies grinding to a halt continued to unnerve policymakers, who have opened the spigots and flooded the markets with yet more cash to keep the wheels turning.

On Tuesday, G7 finance ministers and central bank chiefs vowed to "do whatever is necessary to restore confidence and economic growth and to protect jobs, businesses, and the resilience of the financial system".

In the United States, the Federal Reserve has unveiled an unprecedented bond-buying programme, in a move not seen since the global financial crisis more than a decade ago.

Europe has taken similar measures -- and finance ministers met on Tuesday to coordinate a bigger response -- but economists say the lockdowns have already damaged business.

A closely-followed PMI survey by analysts IHS Market showed a collapse in economic activity in the eurozone "far exceeding that seen even at the height of the global financial crisis".

But despite the grim data in Europe, world stock markets rallied strongly on Tuesday on the Federal Reserve moves.