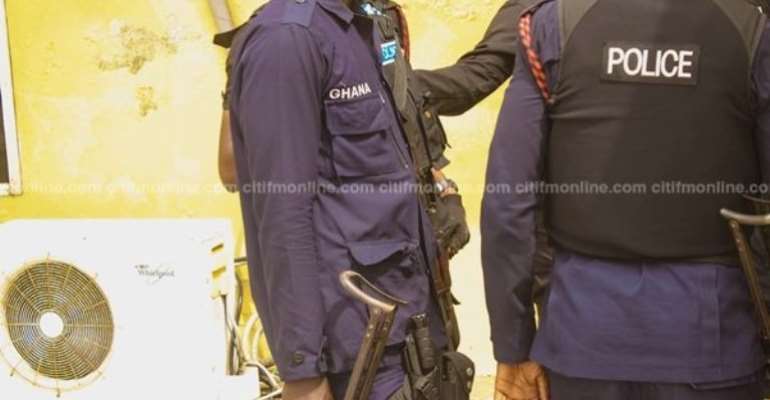 Ten suspects including Corporal Michael Larbie, the prime suspect in the shooting incident at Ofaakor where the corpse of the late Akyeamehene of Ofaakor, Nai Kojo Amoashie was forcefully relocated, have been granted bail by the Ofaakor Circuit Court presided over by Justice Ebenezer Osei Darko.

In an interview with Citi News, the state prosecutor ASP Alex Oppong indicated that they will present their case before the court on the scheduled date.

“All the accused persons were brought to court. The court granted them bail to appear on the 9th of April to continue the case. They were conditioned with GHS4,000 and two sureties for each person. We will all come and argue our points out in April. At the end of the case, the court will decide,” he stated.

The prime suspect in the shooting incident at Ofaakor, Corporal Michael Larbie, was earlier put into police custody.

This was after the Ofaakor Circuit court issued a bench warrant for his arrest after refusing to appear in court on the first day the case was brought to court.

The shooting incident happened on March 6 after members of the Odukpong Ofaakor Chief's palace and the Asafo company were conducting rituals to bury the Akyeamehene of Odukpong Ofaakor, Nana Kojo Amoashie, who is a royal.

This did not go down well with members of other factions in the palace who allegedly decided to mar the ceremony.

Speaking to Citi News, the Odikro of Kasoa, Nai Darko Ankrah indicated that some individuals entered the palace armed with guns and machetes and demanded that the body be given to them to go and bury but they refused, forcing the group to shoot into the crowd.

He added that the group managed to take the body of the late Akyeamehene Nana Kojo Amoashie away.

Corporal Michael Larbie is believed to have masterminded the attack by the group of armed men in the Ofaakor Palace.