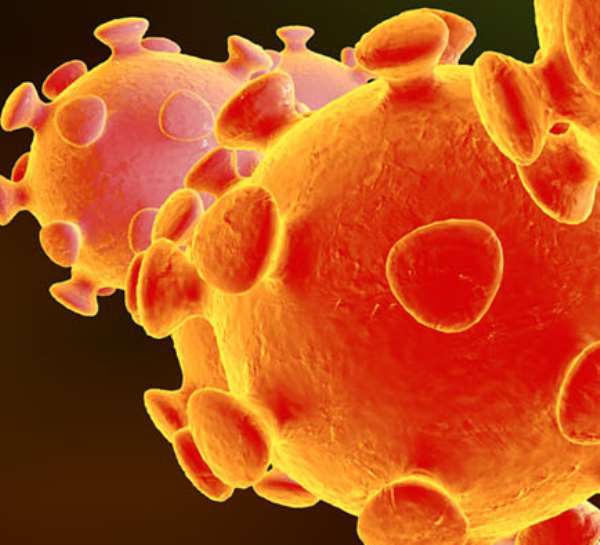 The Coronavirus pandemic has revealed things about our modern world that are difficult to fathom.

To begin with, how could a modern state like Italy become the worst-hit country in Europe?

And secondly, how could Britain come second to Italy on the COVID-19 infection league table?

Both countries have a virile media system that is supposed to inform citizens accurately about world events and guide their Governments about the right thing to do.

Yet, they didn't query their Governments about why they were watching with folded arms, while China was working flat out building new hospitals in Wuhan and other affected areas, at supersonic speed. China was also increasing the production of pandemic-combating equipment at an exponential rate, whilst locking down afflicted cities.

Does China have better scientists than Italy or Britain? The answer is No! China only beat Italy and the UK in combating the disease because China's leadership, after making initial mistakes, bravely reversed itself and ensured that all stops must be pulled so that the citizenry could be saved from the pestilence.

Even as China's success left the world marvelling, the Government of the UK, for instance, had been so slow to act that the chair of the Doctor's Association, Dr Rinesh Parmar, was provoked into calling on the government to “urgently provide front-line NHS workers with more protective equipment to help in the fight against coronavirus.” The doctors, he revealed on the Andrew Marr Showon BBCTV, “feel like lambs to the slaughter”.

Britain is blessed to have produced professionals who are not afraid to tell the truth. The current “lock-down!” in Britain occurred shortly after this courageous doctor had publicly bared his mind.

Back home, I would be happier in my mind if I heard that building space was being seriously acquired in Accra and other regional capitals URGENTLY to construct additional WELL-EQUIPPED wards. If this done on an emergency basis, they could be used as specifically-construct facilities equipped to treat COVID-19 patients, as was done by the Chinese at Wuhan and other localities in Kobei Province.

For in these matters, if you wait for events and you are not fortunate, disaster almost always overtakes you! And once that happens, it becomes impossible to catch up with events. If new health facilities are created and – touch wood – we happen not to need them after all, we can always use them as ordinary clinics.

I have also not heard enough to reassure me that our front-line doctors and nurses have been supplied with enough protection equipment, or that even if they have, more is on the way for them. It is extremely wise of our Government to facilitate the re-entry of retired medical personnel into the health service, in case they are needed. But they must be protected as they engage in their sacrificial duties.

I do wish more testing establishments could be brought into operation alongside the Noguchi Centre in Accra and the Kwame Nkrumah University of Science and Technology in Kumase. Both establishments have been doing sterling work, and care should be taken not to over-burden them, in case the number of cases rises with time. Certainly, we should have the capability to test all front-line health workers quickly, for the Italians have been telling the world that if health-workers attend to patients when it is not known whether they are free of the virus or not, is asking for very serious trouble.

I hope I am wrong but my impression is that the body language being displayed by top members of the Government too supportive of a religious solution to the pandemic problem as compared to a scientific one! I am particularly worried about the call for FASTING to be carried out nationwide on Wednesday 25 March 2020. My reason is that we are, already, by no means the best-nourished people in the world! Fasting may well diminish the tiny amounts of immunity against disease that we have been able to build up (despite our relatively poor diet.) And then, what do we do when disease strikes?

Furthermore, we should educate our populace to beware of simplistic solutions to such dreadful occurrences as a pandemic. South Korea, for instance, is a country that has marvellously lifted itself from under-development to full industrialisation in one generation. Yet the mentality of some of the people is incredibly naïve and has exposed the country to the ill-effects of religious cultism, as applied to a pandemic.

According to the New York Times, some people in South Korea are calling for a sect known as Shincheonji Church of Jesus, to be dissolved and its founder to be charged with“murder, through wilful negligence”,

after it was discovered that the sect had caused an outbreak of COVID-19 in Daegu, a city of about 2.5 million in south-eastern South Korea.

A 61-year-old Shincheonji church member is believed to have infected many other worshippers during services. The Korea Centres for Disease Control and Prevention reported that 63.5 percent of all confirmed cases in the country were “related” to the Shincheonji church.

On learning about this, the South Korean authorities began a vast, fast programme to test potential Covid-19 patients. It was open to all and free of charge for anyone who displayed symptoms, or had a doctor’s referral. Special drive-through clinics were urgently set up and over 200,000 people were tested. That's how South Korea, like China, escaped the worst effects of the pandemic.

But anger is still running high against the church because South Korea at one time had the second-largest number of confirmed Covid-19 cases of any country, after China — and Shincheonji took much of the blame. For some of its practices — secrecy, the banning of health masks, praying in close proximity — were said to have helped spread the disease among the congregation.

But just as the anger against the Shincheonji sect seemed to be dying down, it was reported that another church in Gyeonggi Province – The River of Grace Community Church – had infected 46 of its members by spraying “salt water” into the mouths of its followers, out of a false belief that the salted water would kill the virus.

But using the same spray bottle without disinfecting the nozzle, resulted in 46 church-goers getting infected (the South Korean authorities revealed).

“It’s been confirmed that they put the nozzle of the spray bottle inside the mouth of a follower who was later confirmed as a patient, before they did likewise for other followers as well, without disinfecting the sprayer,” said Lee Hee-young, head of Gyeonggi Province’s coronavirus task force. “This made it inevitable for the virus to spread,” he said. “They did so out of the false belief that salt water kills the virus.”

Apart from the 46 confirmed cases at the River of Grace Community Church, a total of 25 other cases in the same province were reported from two other churches – 15 at a church in Bucheon City, and 10 at a church in Suwon City.

Here in Ghana, a church in Accra used by some people I know had fortunately followed the Ghana Government's orders and closed its doors last Sunday, 22 March 2020. But on the previous Sunday, the church had been full of worshippers, many clad in their special uniforms. My acquaintance claims that they were given sanitizers to wash their hands before they went in, but adequately distancing members from one another was quite impossible.

It is to be hoped that the Ministry of Health will continue to drum in its simplified, explicit scientific message and that all will be well with Ghanaians. The strange fact is that many of us ignore the notion that whatever knowledge scientists possess today, must have been revealed to them by the very Almighty God, whom church-goers say they worship!