Transmission of diseases from humans to apes: why extra vigilance is now needed

By Arend de Haas - The Conversation 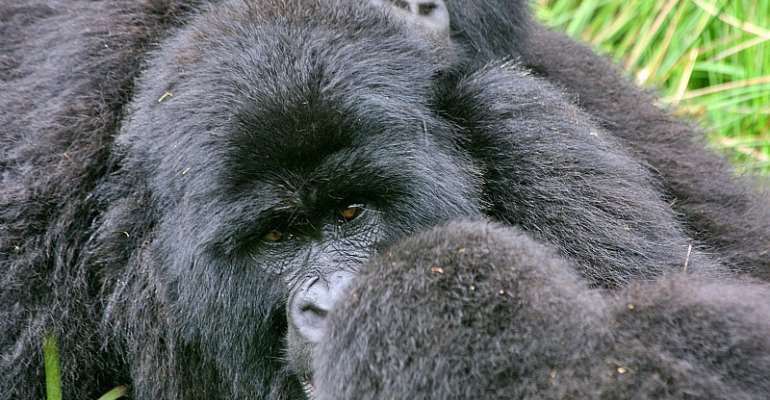 With the current outbreak of the coronavirus disease, COVID-19, global attention has been drawn to the significant health risks posed by eating wild animals. As the number of infections from the coronavirus exploded in China, the outbreak was linked to a live animal and seafood market in Jianghan District, Wuhan. The specific animal source and mode of initial transmission are not yet known.

The consumption of wild meat has been the root cause of several epidemics stemming from animal sources in recent history. The current outbreak is the sixth one linked to bats in the past 26 years. Comparative genomic analyses have shown that the SARS-CoV-2 virus, that causes COVID-19, is the result of a recombination between two different viruses, one close to a SARS-CoV-2 virus isolated from bats and the other closer to a virus present in pangolins; a chimera between two pre-existing viruses.

Viruses usually don't make their original hosts sick . This is because the two have evolved together and the host species has had time to build up resistance. But when viruses jump to a new host, they frequently cause more severely contagious diseases.

An example is disease transmission between humans and apes which has been shown to be relatively easy. Research on great apes has shown that they are extremely sensitive to infection with human respiratory viruses. For example, the common cold virus, which is also a coronavirus, is known to infect gorillas and chimpanzees.

As a new strain of coronavirus, it's still not known whether SARS-CoV-2 can cause a respiratory disease in animals like the great apes. But conservationists, zookeepers and should beware of the risks. COVID-19 could potentially be harmful for endangered great apes like Mountain gorilla, lowland gorillas, critically endangered Cross River gorillas and chimpanzees in Africa, as well as for orangutans in Asia.

Based on my research and experience with these species, I would advocate for a temporary stop on great ape trekking tours, research and habituation activities. Some have done so. This is despite the fact that ecotourism is vital to the long-term conservation of endangered animals. But in the longer term a ban would protect the great apes as well the ecotourism operations.

A history of cross infection

Acute and fatal respiratory illnesses known to have come from humans have occurred in habituated groups of wild chimpanzees with morbidity rates varying between 34% to 98% and mortality rates between 3% and 7% .

Between 1990 and 2010, 18 outbreaks of respiratory disease occurred in human-habituated mountain gorillas. Other studies led to guidelines for best practice and measures to reduce the threat of disease transmission from humans to gorillas. But according to a study in Uganda the seven-meter distance rule was violated in over 98% of gorilla tours. Nearly 70% of gorilla observations took place at a distance less than seven metres.

Health officials emphasise that the virus is spread mainly by people who are already showing typical symptoms, such as fever, cough and sneezing. But the new SARS-CoV-2 spreads quickly and sometimes before people have symptoms . This means that people who feel well enough to take part in outdoor activities could be carrying the virus.

According to Gorilla Doctors , an international veterinary team providing medical care to ill and injured gorillas, the most effective measure for the prevention of the introduction of SARS CoV-2 virus (or any pathogen) to human-habituated eastern (mountain and Grauer's) gorillas in Rwanda, Uganda and DR Congo is to minimise direct and indirect contact between gorillas and infected people. Great apes ecotourism in Rwanda. Arend de Haas/ACF

Gabon has already decided to halt great ape trekking , fearing that humans could transmit the novel coronavirus to the animals. Rangers will be placed in quarantine for 14 days before being allowed to enter the forest. Virunga National Park also decided to temporarily close Mountain gorilla tourism.

But the bigger problem is to ensure that the rampant wildlife industry is brought under control. Conservation organisations welcome China's decision to temporarily ban all farming and consumption of “terrestrial wildlife of important ecological, scientific and social value” .

As an immediate result, nearly 20,000 wildlife farms raising various species like civet cats, porcupines, ostriches, wild geese and boar have been closed across China. Following China's lead, Vietnam is also looking to end the consumption and sale of wild animals.

Governments and intergovernmental organisations need to act more responsibly and proactively. COVID-19 is a wake-up call . To protect ecosystems, public health and economies, we need to prevent future viral outbreaks by banning the trade and consumption of wildlife permanently through demand and supply-side interventions, including enforcement and education.

For these to be successful, both the demand and supply-sides need to be managed consistently. Bans have worked for some species, such as parrots and other wild birds . But in other cases, such as the illegal trade in pangolins , rhino horn and tiger parts , they have been less effective because they weren't enforced on both sides.

Arend de Haas is a director of the African Conservation Foundation and board member of the Institute for Biodiversity and Non-profit Studies. He is affiliated with True Nature Foundation and the Environmental and Rural Development Foundation.

By Arend de Haas, Conservation Director, Wildlife Ecologist and Microbiologist at the African Conservation Foundation. Lecturer and board member at the Institute of Biodiversity and Non-Profit Studies, University of Buea

Anti-gay bill : Tell foreign missions if they provoke us we'...
37 minutes ago