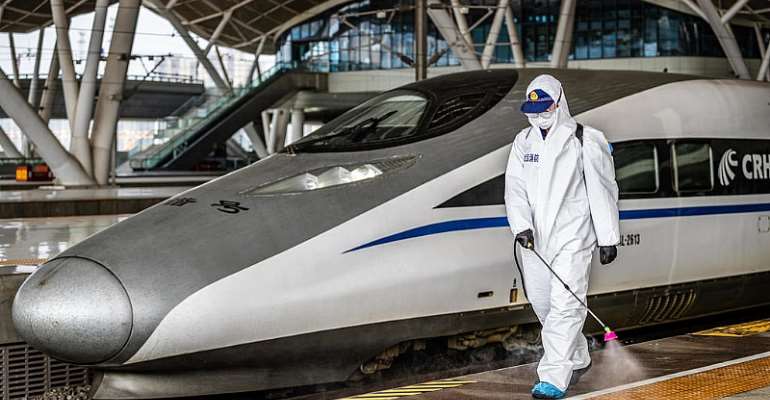 The authorities in China have announced an end to travel curbs in Hubei province, of which Wuhan is the provincial capital, the epicentre of the coronavirus pandemic. This, as governments around the world continue to tighten lockdowns affecting 1.7 billion people in a desperate effort to slow the spread of the deadly disease.

Hubei province, in central China, where the Covid-19 coronavirus emerged late last year, will allow healthy residents to leave the province from midnight, officials said, two months after they were ordered to stay indoors.

"We are celebrating today," a local doctor told the French news agency, AFP.

"Every day, we saw the number of seriously ill patients decreasing, the situation improving, people being discharged from the hospital. The doctors and nurses are becoming more and more relaxed as the days go by. I am very happy!"

According to the daily briefing of China's National Health Commission, 78 cases of confirmed infections were reported on 23 March in the whole of China, one of them in Wuhan. Seven deaths were also reported, all in Wuhan, the provincial capital of Hubei.

Wuhan will delay the lifting of outbound travel restrictions until 8 April, two weeks after the rest of the province.

Exodus
Meanwhile, an exodus of medical personnel has started as the total number of cases declines.

On 23 March, Xinhua reports that a total of 669 members of medical assistance teams from Chongqing Municipality returned home after finishing their task in fighting the Covid-19 epidemic in Xiaogan, a  district of Hubei Province.

Last week, Wuhan authorities closed two temporary hospitals that had been built in a matter of days in early February, creating 2,000 beds for the then-exploding numbers of new cases.

In a video that has been watched over 14 million times, health workers, filmed leaving a white building, are seen taking off their face masks.

Meanwhile, much of the rest of the world is now in lockdown, with some 1,7 billion people affected. France, the UK and the Netherlands have announced stricter implementation of lockdown regulations, while authorities in the US, Africa and Latin America are struggling to cope with increasing numbers of cases.