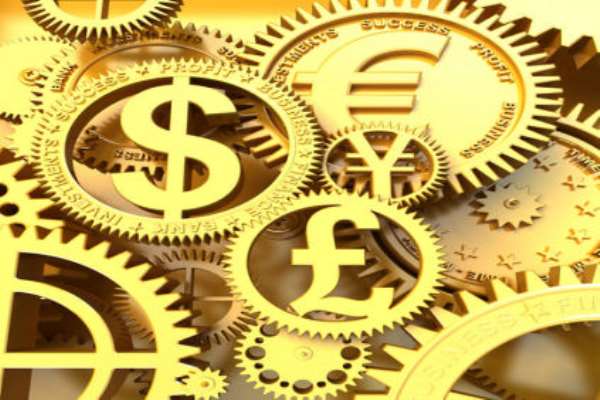 A decent job is an essential marker of a young person’s success. It provides financial security for his or her future family and contributes to the economic growth of their country. With more than half of Africa’s population under the age of 25, the need for decent jobs is enormous.

“In Africa, youth make up 37% of the working-age population, but 60% of that number is unemployed. The youth demographic is very large compared to the available opportunities in the market,” writes Obiageli Ezekwesili, former World Bank Vice President of the Africa division, in her article ‘Youth unemployment: Challenges & Opportunities in Economic Development’.

In Kenya for example, a recent study by the UN Development Programme put the country’s unemployment rate at a staggering 39%, the highest in the region, compared to 24% in Tanzania and 18% in Uganda.

The demand for decent jobs is only expected to grow as the Africa Institute for Development Policy estimates that the continent will account for 29% of all people aged 15 to 24 by 2050.

Some organizations have taken on the youth employment challenge through innovative and broad-based public, private and civil society partnerships that have the potential to be more impactful than they could have aspired to working alone.

One example is the Young African Leaders Initiative (YALI), a partnership between the U.S. Agency for International Development (USAID) and private sector representatives. Together they create opportunities for African youth by enhancing leadership skills, bolstering entrepreneurship, and connecting young African leaders with one another and innovative leaders in the private, civic, and public sectors. The programme has four regional leadership centres — in Accra, Ghana and Dakar, Senegal to cover West Africa, in Nairobi, Kenya to cover East Africa, and one near Pretoria in South Africa for the sub-region.

Betty Kariuki, YALI’s director of partnerships, believes that creating opportunities for youth is achievable if Africa can engage the triple helix of the three sectors —

public, private and civil society — to work together.

So far, more than 13,000 young Africans have graduated from the YALI programme since its inception in 2010. A survey carried out by YALI in 2017 in 14 countries in Eastern and Central Africa showed that 47% of alumni had created an average of 2.75 jobs each. Furthermore, because the programme’s graduates are diverse, these opportunities cut across the continent, employing youth from many geographic, cultural, and socio-economic backgrounds.

From the city of Masaka in the Buganda region of Uganda, 28-year-old Stephen Katende is the founder of Kisoboka Africa, an organisation that seeks financial inclusion for underserved communities in Uganda. He credits the training he received from YALI, which helped his organisation introduce business training for his community and created job opportunities for 10 other young people as trainers.

“YALI prepared me to face the business world. I was introduced to design-driven entrepreneurship where business is about solving problems, something that the organisation I founded required,” says Katende.

2jiajiri stands for Tujiajiri — a Swahili word for ‘Lets employ ourselves’. The programme has a two-step approach. (1): Inception; vocational skills training and (2): Incubation, where participants receive financial support as well as business development services for their existing or new businesses for a period of 12 months.

The overall target is to support creation of jobs and wealth for at least 50,000 youth engaged in the informal sector within

eastern Africa between 2016-2020. So far, the 2jiajiri project has trained 23,000 young people in technical skills and financial literacy across the region.

Joshua Oigara, the KCB Group’s Chief Executive, says: “We are committed to scaling up the investment to build small enterprises as they offer the greatest potential for self-employment, they will now be able to access financing which will allow them to grow and therefore absorb the skilled workforce.”

One of the 2jiajiri beneficiaries, 30-year-old Oliver Jemuge, who is currently employed by the Foundation, says: “I encourage more organisations to come together to help create opportunities for young people.”

“Watching these young entrepreneurs, especially those I have journeyed with from the business conception stage to securing funding for their businesses, seeing them grow from nothing to somewhere, has changed my mindset on African youth. They are capable. They just need someone to hold their hand and whisper, ‘it is possible’ and help them to maneuver the challenges that lie on their journey, especially funding and access to market,” says Mr. Jemuge.

In 2013, Rwanda launched Youth Connekt, a youth empowerment partnership between the UN Development Programme (UNDP) and the Ministry of Youth. It trains young people in entrepreneurship and development skills through boot camps, which have created about 1,000 permanent jobs and 2,700 temporary jobs for young people within three years.

UNDP is also planning to build partnerships with the private sector, civil society, national governments and with support from the Government of Denmark, to scale up the programme to other African countries.

“Attending Youth Connekt gave me a business perspective by listening and learning from various presenters on how to start and grow a business,” says Pearl Umuhoza, 28, and the founder of Yummy and Fresh, a startup for healthy foods in the capital Kigali. Since launching her business, she has employed six permanent staff.

“I have grown this business through knowledge acquired by attending various entrepreneurship programmes, they have really helped me to think and act as an entrepreneur,” Ms. Umuhoza adds.

In West Africa, the Tony Elumelu Foundation (TEF) is the largest African entrepreneurship initiative and represents a $100 million commitment to identify and empower 10,000 African entrepreneurs over a 10-year period. Established in 2015 by Elumelu, a Nigerian entrepreneur and philanthropist, the foundation has provided 7,531 young entrepreneurs with non-returnable seed capital of $5,000 each thus far. The programme also provides access to mentors and business training.

“TEF has opened up doors of opportunity for me, beyond the seed capital I used to start my business. It has placed on me the responsibility of becoming an enabler of people (a solution provider),” writes Jiraji Kelvin Tersoo. Jiraji is the founder of Agritech Hub, Nigeria, an innovative space for developers, entrepreneurs and startups, to build a tech ecosystem for startups and developers.

Mr. Tersoo says the biggest lesson he has learnt as an entrepreneur is consistency and teamwork. “Teamwork makes the dream work,” he says.