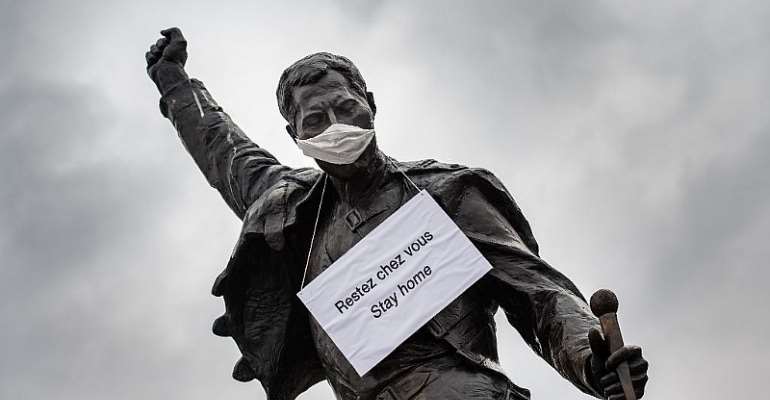 Since the French government lockdown was implemented exactly one week ago today, in a bid to fight the spread of the CoVid-19 virus, all cultural events have been cancelled across the country. In response to the move, France's Ministry of Culture has disbursed some €22 million as an emergency aid package to support the 'intermittents du spectacle' - workers who receive preferential social benefits due to the intermittant nature of operating in the events sector.

France has been under lockdown for seven days now and this has impacted the activity of a million of French workers, but also people working in the performing arts field: from major artists to smaller companies and technicians.

Paul Buttin is a French professional flamenco guitarist who works for several companies such as Carolina Pastor and Bouche à Bouche.

From March to the end of the summer season, when major festivals like Avignon take place, he has a very busy schedule. But since 13 March, when France banned all gatherings of more than 100 people due to the coronavirus outbreak, all his shows have been cancelled.

"Cancelling shows stops us from clocking-up the necessary hours to keep our 'intermittent du spectacle' status. It's difficult because we can't work but the special status provides us with security… I will still have an income at the end of this month," he tells RFI.

In France, musicians, actors and technicians who work in the performing arts sector can become 'intermittents du spectacle' by working 507 hours over a 12 month period.

Then they sign up to a specific unemployment scheme that pays out when they are inbetween projects.

"I'm very happy to be an 'intermittent' for situations like this, for example - this system is unique in Europe - we are very lucky and we will fight to preserve it.

"Now, our fear is that if we don't work for two or three months, we won't be able to collect the 507 hours required," he adds.

On 18 March, the French Culture ministry unlocked some €22 million in emergency aid to support the various cultural sectors impacted by the ban: Music, cinema, fine art, books, media and the performing arts.

A press release from the ministrty also announced that the period during lockdown will be frozen - it won't be calculated over coming 12 month period.

As many French people are working from home under lockdown, Paul Buttin sees it as an opportunity to work and create new projects.

"We do teleworking in some manner. I'm an instrumentalist so I can work on my instrument and continue to create. But for those under lockdown in small places, who are dancers for example, it is more complicated.

"I know flamenco dancers who organise makeshift studios in their living room or in their cellar. My partner is working in the garage right now.

"We don't let ourselves get knocked down at all!"