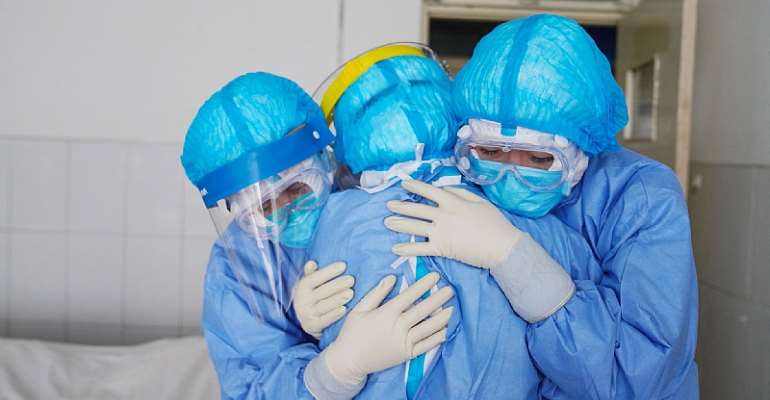 Barely two or more months ago, the world turned its back on China to fight its own battle purported to have been caused by 'their own irresponsible and indiscriminate consumption of wild animals'. Little did earth know it was a pandemic in the coming and it is really an unprecedented Global Pandemic.

Amidst the aspirate and innuendos name-calling and blame games, the impact of the pandemic is far reaching with devastating consequences. The rate of infections and deaths is the scariest that any human on planet earth now has seen.

In the history of epidemiology, diseases that shook the world have sometimes been named after the countries they emerged. The Flu pandemic of 1968 is sometimes referred to as the Hong Kong Flu, the Asian Flu of 1956 – 58, the Flu Pandemic of 1889 being referred to as the Russian Flu, the plague of Justinian in 541, the Spanish Flu of 1918, the German measles etc. There is crystal clear reason to call COVID-19 Chinese Virus because it couldn't have emerged somewhere. This is not my position though but that of President Donald Trump. In January 2020, his administration requested the Chinese government to allow American scientist to investigate the virus but that was not granted. In December 2019, the Chinese government denied the disease could be transferred from one person to the other. It is now rife in China that the Coronavirus was brought there by the USA army.

Some Senators in the USA are under investigation, the reason being, that they were briefed on the possible outbreak of this virus and that they intentionally concealed it to take advantage in stock trading. In another revelation, some business moguls are fingered to have had their hands soiled in this blame game. Whichever way the argument goes, earth is seriously bleeding with thousands of deaths and infections.

Nations are locking down, states and cities are being shut and humans are quarantined all over the world. The quest to understand what is going on is not only being investigated in our laboratories but in sacred and subconscious mind of everyone including leaders and the lead. What could actually be happening? Could that be a scarecrow by any of the superpowers to wade away the other or mother earth need a deep breath? Or a business strategy by an individual or nation? Or it could just be God's plan to sanitize our planet. Whilst the possible answers could be raging let me leave it to test.

There are some underlying esoteric issues about COVID-19 that have been demystified thus far by our science hubs – the Center for Disease Control (CDC) et al. The following are key among them:

i. That the young and middle-aged ie those below age 60 are less susceptible to contracting the Coronavirus. That is a palpable lie. Just yesterday, the 21st of March, 2020, facts and figures presented by Governor Cuomo of New York State indicate that 54% of infected cases in New York are people between the ages 18 – 49. It's true that people with health conditions and the aged are at risk but these are people who rarely make time to play basketball, attend social functions and even travel from place to place. The young, with the perceived mindset of strong immune systems, easily contract the disease and spread through their peers. They will often appear asymptomatic unlike the sick or aged. Let us be careful.

ii. That the black race, particularly people from sub-Saharan Africa are genetically resistant to the disease. Evidence from parts of Africa including Ghana indicate this is false. Take serious precaution and help others by spreading the message that COVID-19 only fears prevention.

iii. That cases brought into countries are causes of internal spreading. The world is a global village, as such, the pandemic has gone beyond borderlines to the interior parts. There is widespread stigma against people traveling home from severely hit countries like China, America and some European countries.

This is serious pandemic, it is more serious than what available data reveal. It is a test for humanity in my candid view. Whilst we take precautions and wait for direction from our leaders it is prudent to strictly adhere to personal discipline measures. At present it is recommended for patients of this virus to take chloroquine and hydroxychloroquine whilst efforts are being made to find vaccines and permanent cure.

What is the impact of this pandemic on Public Finance(PF) and Public Procurement(PP)? Who should be on the watch-out in the midst of the chaos?

In my small survey on the relationship between the three variables (national pandemics (NP), PF and PP) I found out that a trigger of NP increases PP and PF. In the same vein, uncontrolled NP leads to uncontrolled PP and ultimately uncontrolled PF.

Whilst on locked down, keep your eyes on PP and PF movements whilst at the same time adhering to measures by Government to control NP. We will count the change when the dust settles.

The three variables are however not exclusive in the discourse and scope of pandemic management.

In the meantime, whether Coronavirus is a scarecrow or an invitation to treat, the generality of the world is optimistic about the following that;

1. We will get through this one too
2. We will be stronger from it than before
3. We are finding common ground as human race and nations and lastly

4. This is defining moment for us as humans to find our purpose in life.

In conclusion, I will take inspiration from Quran Chapter 2 verse 286;

'Allah burdens not a person beyond his scope. He gets reward for that (good) which he has earned, and he is punished for that (evil) which he has earned. “Our Lord! Punish us not if we forget or fall into error, our Lord! Lay not on us a burden like that which You did lay on those before us; our Lord! Put not on us a burden greater than we have strength to bear. Pardon us and grant us Forgiveness. Have mercy on us. You are our Maula (Patron, Suppor-ter and Protector, etc.) and give us victory over the disbelieving people'.

Whilst I take solace in this and in similar verses in the Bible, my trust is on the solid foundation that no scarecrow or evil deed or someone's irresponsibility can annihilate humanity. We are Humans – God's most favored creation.