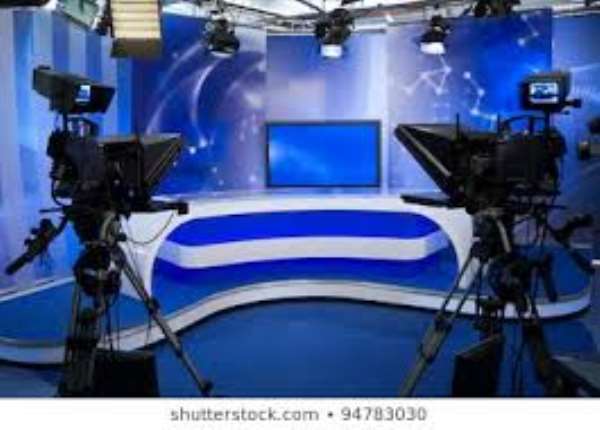 The vulture is a scavenging bird of prey that has dozen of African proverbs and euphemisms. Our elders draw much lessons from its strange lives and behaviour. Have you heard that the Akans say For example; “Pete de ne kwaaase per nyinkyer”. To wit the vulture’s foolishness is a reason for its old age. Again, “okyena masi me dan nti na pata nni Piribuo” it is out of procrastination, that the vulture cannot claim a befitting nest for itself. Anytime it rains heavily, the vulture begins to contemplate on building a befitting nest.

Upon reading the directives of the Catholic Bishops Council issued on 16th March 2020 on the pastoral approaches to combat the spread of the coronavirus pandemic, the analogy of the vulture comes to mind. I read the directive with keen interest. It recommended that, “where possible, live streaming of Masses should be encouraged to enable the faithful receive spiritual communion”.

The million – dollar question is: how many people can access these online programmes? How many can afford? How fast is the internet connectivity in our villages? How many parishes have the facilities to do the online streaming? Our old men and women in the villages without proper phones and computers, how do they be part in these online streaming.

With some few exemptions, the live Facebook and YouTube streaming currently on social media are nothing to write home about. Consequently, it will be difficult to give the spiritual communion the church is anticipating. Necessity, they say, is the mother of invention. Desperate times calls for desperate measures. We need Catholic TV now than before. I think this statement has to be made without been accused of a flat general statement or hasty inference.

A Catholic Television has been imperative especially in these challenging times in our country. The cry of most Catholics that the church goes digital in her evangelization ministry has been echoed on several platforms seminars, symposium and others. Nevertheless, the response is either slow or recommendations are left on the bookshelves or tables. The evangelizations calls on us to have alternative ways to evangelism. Unfortunately, the directives from those seminars, group discussions and symposiums have been left unattended and unimplemented.

It is a great worry when these one-man churches and juju men have television stations, but The Catholic Church has no national television station. The challenging times of the coronavirus pandemic has made many churches sort refuge in their TV stations for evangelization.

It is embarrassing when you visit a home – bound Catholic and find them watching channels that is inimical to the Catholic faith. Most of them have no options than to watch other stations, which either confuse or influence them. The quest for a Catholic television is not a mere copying or just wanting to be like other churches, neither is it a needles competition and imitation of other churches. Rather, the need of the time calls for it. We must do the best for ourselves as Catholics.

Why has it been difficult to get a television station? Where did we get it wrong; what is preventing us? Is there any law forbidding the church from establishing her own television? If no, why have we not done one yet? If yes, Why have some orthodox and Pentecostal churches, got their way around it but The Catholic Church cannot, Or the PNDC unwritten restrictions are still scaring the church?

Thinking out loud, perhaps, we do not have such a national interest since each bishop is autonomous and for that matter diocesan interest precedes national interest. Is the GCBC ready to fund it or it will suffer the same fate, which befell Catholic Digest in 2004-2005? Unfortunately, Instead of mounting a national agenda, most diocese are busy doing a diocesan youtube channel or Facebook live streaming. Together we can stand better.

Permit me to interrogate more; is the universal Church against the establishment of television? I don’t think so. Because the Vatican media is one of the reliable and credible media firm in the world. Indeed, Catholic Church is never naïve about the impact of the Social media in evangelization. Therefore, the church in Ghana cannot be oblivious to the intrusive ubiquity of social media.

Where are the concern Catholics? Where are the papal award winners? Where are the Catholic intellectuals, where is Camp G. Where are the clergy? We humbly beseech you, your Grace Philip Naameh, the President of the Ghana Bishop Conference, the onus lies on you to facilitate this process. As for, Archbishop Bonaventure Kwofie, “my village gossip bird” whispered into my ears, that you have been mandated to ensure that a TV Station is established. Why should Bishop Mathew Gyamfi, Episcopal Chairman for Social Communication, be left out in this advocacy.

We have all the pastoral directives and documents. We have no options than to take a decision now to speed up the process if something is in the pipe or to take the various recommendations and implement them as soon as possible.