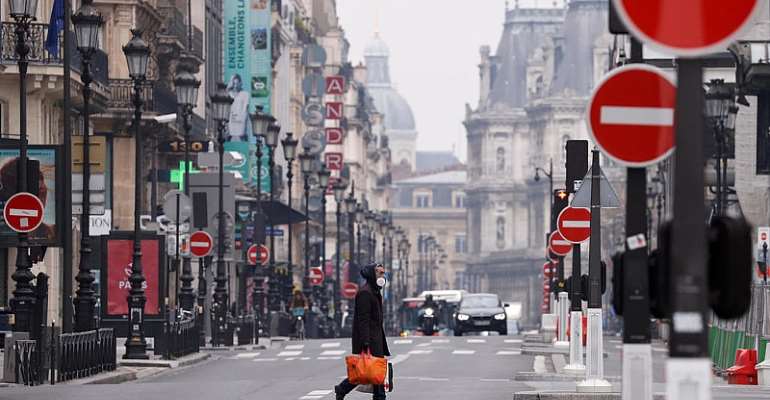 The French Prime minister has announced tougher lockdown measures to be enforced today and for several more weeks in order to contain the rapid spread of COVID-19.

As France enters its second week of lockdown, the number of deaths has increased to 860 with 19,856 confirmed cases of COVID-19 infection.

Limiting sports
He said people will only be able to exercise alone or with their children once a day and for no more than an hour, staying within one kilometre of their home.

He added that travel documents required when outdoors should now also indicate the time of each trips.

"Many French people would like things to be like they were before, in normal times. But it is not going to happen tomorrow,” Philippe said on TF1 TV channel, adding the lockdown could last “several more weeks.”

The French long-distance runner, François Barrer, said he couldn't understand how there were more people jogging during the lockdown.

“I am getting ready for the Olympics, yet I am not outside running,” he tweeted last week.

People in France do not seem to understand “how serious this pandemic is”, he lamented.

Court asked for tougher restrictions
In an extraordinary session held on Sunday 22 March, the court known as the Conseil d'Etat called upon the French government to review some of the public movement restrictions enforced last week.

The court was petitioned by doctors' unions and the French medical council for a total lockdown restricting all public movements. The judges ruled against, arguing it may have serious repercussions on the health of the population and would also prove unsustainable.

Government officials were alarmed by images of shoppers crowding open-air markets in Paris and elsewhere. The Conseil d'Etat advised the government to assess the risks open-air markets pose to public health, given their size and the number of people visiting them.

Curfews
Philippe said there will be no enforced nationwide curfew but the measure would be applied when deemed important. The decision for localised curfews lay with local authorities, he said. Nice and a number of other cities have already imposed curfews.

Chloroquine
Philippe excluded the use of chloroquine as a treatment against Covid-19 until clinical trial results are deemed satisfactory. The anti-malaria drug, he said, may be used in severe cases of Covid-19, under strict medical surveillance and on the advice of a group of doctors.

French hospitals are testing the anti-malarial and three other drugs, as part of a European programme involving 3,200 Covid-19 patients.

Unemployment benefits
France will maintain unemployment benefits for those reaching the end of their eligibility status. Philippe said the extension would also apply artists and entertainers as they are not allowed to perform during the lockdown.

Under the reviewed lockdown restrictions, funerals may be attended by 20 people only.

Philippe also declared that outdoor trips for medical reasons are only permitted in case of an emergency.

On Sunday, the Consel d'Etat judges said that the exemption the government had allowed for health-related matters was too far reaching. They recommended insisting on valid reasons describing the degree of importance of the medical visits.