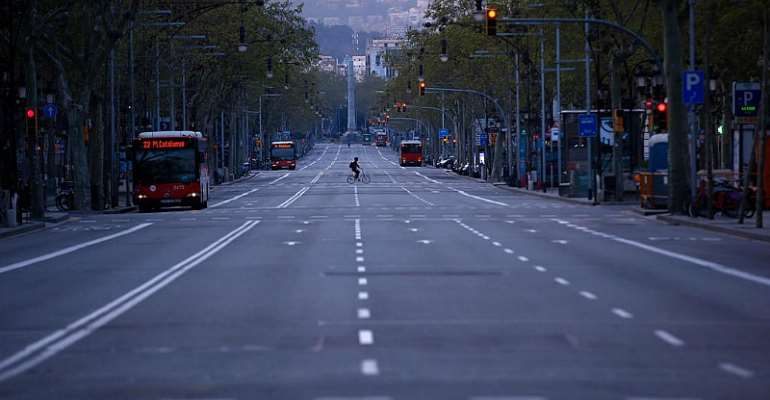 The coronavirus death toll in Spain has reached 2,182 after 462 people died within 24 hours. The death rate represents a 27 percent increase on the figures released one day earlier, with the total number of cases in Spain rising to 33,089. Meanwhile China has reported no new infections and says it is now “committed to fighting the health threat facing mankind”.

The number of coronavirus-related deaths and infections has spiraled in Spain, despite the imposition of a complete national lockdown.

The rise in infections has brought Spain's healthcare system to the brink of collapse, particularly in Madrid, the worst-hit area, which has registered 10,575 cases, and where 1,263 people have died, 58 percent of the national toll.

Some 3,910 healthcare workers have tested positive for the virus, according to the health ministry's emergencies coordinator, Fernando Simon.

The Spanish parliament will now consider extending the lockdown until at least 11 April.

China did report 39 infections, but they were all people who came from abroad, bringing the total of “imported” coronavirus cases to 353.

As a result of the absence of new infections,  Wuhan authorities have decided to gradually lift the two-month lockdown.

Combating the health threat that is facing mankind

Meanwhile, China's propaganda machine embarked on the effort to undo some of the damage suffered by Beijing's image as a result of the virus.

“China committed to combating health threat facing mankind” reads a headline issued by the official Xinhua News Agency, the report giving examples of how Chinese planes having been delivering “tons of medical supplies” and complete medical teams to coronavirus-hit countries as diverse as Cambodia, Italy, Serbia, Ethiopia, Iran and Ukraine.

China has now come out of “the most arduous stage” the report claims, but Beijing, “in the spirit of solidarity and common health, has since sent more medical staff and supplies to other countries struggling to contain the epidemic.”