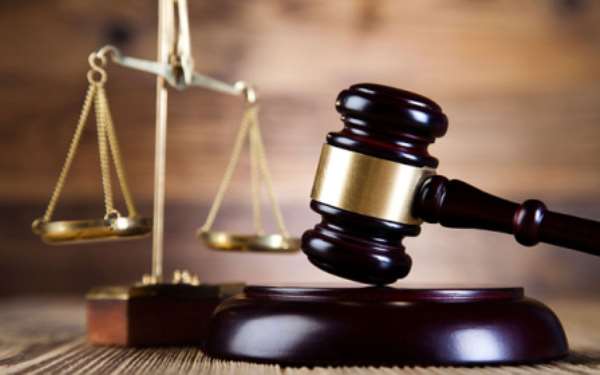 An Accra High Court on Monday granted an interim injunction preventing the National Identification Authority (NIA) from going ahead with its registration exercise in the Eastern Region for ten days.

Two Ghanaian nationals had filed an action against the NIA after they alleged that the Authority had breached the orders of the President, Nana Addo Dankwa Akufo Addo, who has given a directive following the outbreak of the COVID -19 pandemic in the country.

The President's directives among others called for the suspension of all social activities or gatherings for four weeks to prevent COVID-19 from spreading in the country.

The NIA which was already in the process of registering Ghanaians for the Ghana Card in the Eastern Region, went ahead with the registration process hence the ex parte application at the High Court to restrain it from continuing the process.

Meanwhile, the NIA had earlier issued a statement to the press, halting the registration exercise and has directed its staff to report for work and render proper accounting of registration equipment, materials and consumables in their custody to Senior Registration officers in the region.

Moving the ex-parte application the applicants counsel, argued that NIA's action constituted a disregard of the President's directives on March 15 this year, and it was only the court that could restrain the NIA.

The court presided over by Mr. Justice Daniel Mensah granted the application.

I'm a human, I made a mistake — says Akufo-Addo over Cape Co...
5 minutes ago