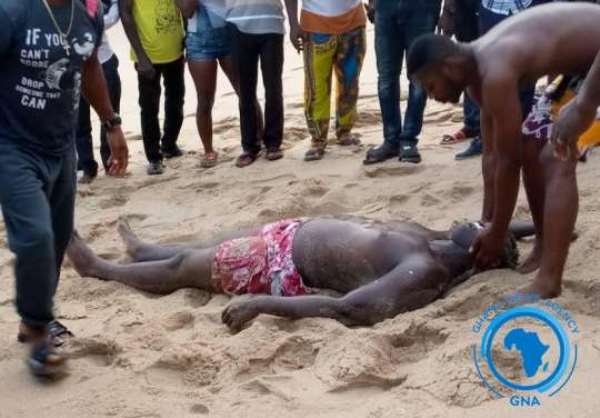 A 30-year-old man has drowned at the OLA beach in Cape Coast on Sunday.

The stoutly built man identified as Michael, popularly called Bodee by his colleagues, was among a group of workers from Quest International at OLA, a suburb of Cape Coast, who went to refresh at the seaside on Sunday.

A member of the group who pleaded anonymity told the GNA at the beach that they were swimming in groups when the incident happened.

According to him, the incident went unnoticed until the group converged under a summer hut at the beach and realized that their numbers were not adding up.

They raised the alarm when they could not find Michael.

Leaders of the OLA fishing community performed some rites at the shore and not long after, Michael's body was washed ashore.

Amidst wailing, the body was conveyed by the Police to the Cape Coast Teaching Hospital Mortuary for autopsy and preservation.