[Video] What We Must Know — Senyo-Hosi 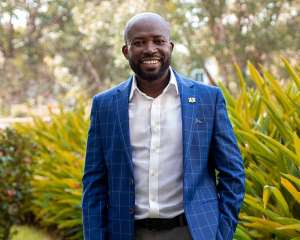 I did watch the Speaker of Ghana's Parliament in facemask speak to Muntaka Mumbarak during a parliamentary session only hours ago.

Muntaka was attempting to explain why he was not in the facemask. The Speaker asked him to 'shush' if he would not be facemask complaint.

Watching the exchange between the two, a quick thing flashed in my forever fertile mind.

If coro were to get to Ghana's Parliament, the House would be forced to shut down without delay. WHEN that happens, the executive would be left with relatively more powers on one hand and reduced checks on the other. Already, the judiciary via the Chief Justice notified the public that it is forced to operate under very unusual times just as the President called this very "trying times". We should understand what that mean overall. And with the associated anxiety.

Accordingly, coro could infect high ranking members of Ghana's legislature, judiciary and the executive and could paralyse the three arms of government partially or totally. How prepared is Ghana for such a situation where the military is already deployed to enforced exit - entry point restrictions at a time that the three critical arms of government - or parts - may become SUDDENLY paralysed by corona viral attacks? [ 1 ]

As the borders, ports and airport is closed in Ghana, how would our usual suspect political elites and associated others that are quick to depart Ghana for medical tourism abroad, fare when push come to shove with regards to their health? [ 2 ]

[ 1 ] is a very likely scenario, given what we know of covid - 19 this far and it's epidemiology. [ 2 ] is the lesson ALL that ever had and would have the opportunity to wield power and or gather wealth in Ghana, cannot let slid by.

Ghana is our only real homeland. Covid - 19 would not be the only reason why we would be locked [ partially now; some day totally ] in Ghana. Many more future events would make this necessary.

I have since predicted a coming BIG BROTHER WORLD. Corona is making that incremental progression to that global surveillance possible. We are already tracking cases and contacts using counterterrorism softwares in Israel. Trump is coordinating with Google in corona combat via user metadata exploitation. China is already a police state and could censor and detain early corona viral whistle blowers by way of it's surveillance and artificial intelligence capabilities. Edward J. Snowden exposed National Security Agency mass and global surveillance. In that functional police world and state, we shall have multiple war scenarios.

Those would include present 4G, 5G and evolved 6G, 7G etc hybrid types. The combination of bioweapons, chemical attacks, cyberwars, drone - enabled assassinations amongst others, and that may target critical infrastructure and principal actors would be upon us. We would be locked in as part of the national defense strategy. How would our elite that NOW THINK THEY ARE SO SMART AND WOULD KEEP THEIR WEALTH OUTSIDE OF GHANA and seek healthcare abroad, FARE under such circumstances?

How would they assess critical healthcare in situ Ghana, when they could not travel outside during such lockdowns

They hardly think beyond their noses, and so cannot even conceptualise this eventualities. But those days are ALREADY UPON US. How can we tell?

You know by inference from how almost none made any REAL preparations against covid - 19 when this situation began way in November 2019 in China and would only officially be said to manifest in Ghana on March 12, 2020. All hope is not yet lost, of course.

The good news is that, we still do have the opportunity to learn with covid - 19. To learn the lesson that this is the only home we have as a people; that we must act at all times to make Ghana hospitable, safe, and secure for Ghanaians and by that, indirectly for us all. Because we would only be saved by what we could build in Ghana when the next global crisis creep upon us with such ferocity, albeit suddenly!

Corona would do it's worse, as far as we can tell and predict. But we would stop it ultimately in it's tracks. After the fact, we must not be deceived into thinking that we are champion 'Attas'. Instead we must wake up, be humbled, learn, think, conceptualise and begin to work in the overall interest of Ghana and Ghanaians. Doing so would amount to PROTECTING OURSELVES AND OUR OWN INTERESTS, GOING INTO THE FUTURE. But of course we can pretend that we know it all, and are smarter than those that are more prescient than we can ever be. We would be responsible for our untimely deaths in such obstinacy.

Meanwhile, may God help us think through, plan ahead in the interest of Ghana and humanity, as we act to bring coro under control prior to it's elimination.

Good morning to you ALL.