Pandemics act on social fault lines: lessons for COVID-19 from HIV and AIDS

By Carla Tsampiras - The Conversation 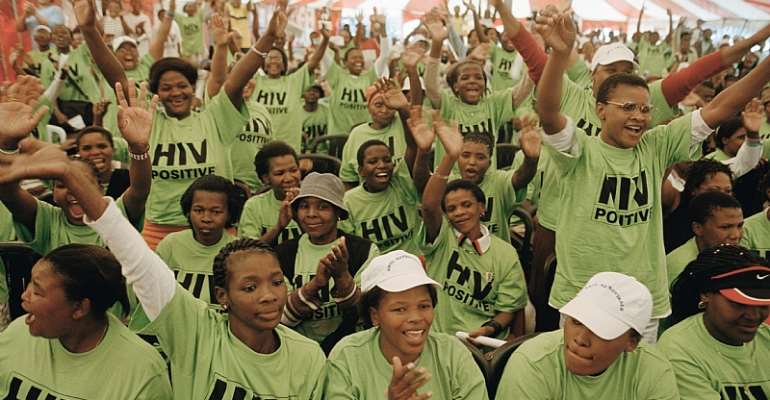 Ralph Kretzen, who died on 26 August 1982, and Pieter Daniël (Charles) Steyn, who died on 1 January 1983, were the first two people officially recognised as dying of AIDS in South Africa.

In 1986, homophobia and stigma about HIV and AIDS still shaped public, medical and government responses. This was so ubiquitous that a provincial government blood donation service even put up posters instructing 'moffies' or 'gays' or people who had sex with “moffies” or “gays” not to give blood. (“ Moffie ” is a derogatory term used in South Africa for gay men.)

This was despite evidence that people were dying of AIDS regardless of sexual orientation.

Thirteen years later, in 1998, fear and stigma resulted in the brutal murder of Gugu Dlamini by a group of people from her neighbourhood. Dlamini was a South African AIDS activist determined to fight against the stigma and discrimination faced by people living with HIV and AIDS. People experienced the effects of stigma from others . They were also affected by internal stigma that prevented them seeking treatment .

In early March 2020, a shop assistant in my Cape Town neighbourhood relayed how people had run past her, shouting that the coronavirus had arrived, after a group of tourists sat down in an open-plan eating area near her shop. The tourists got up and left. But stigma had left a stain on all involved in the incident.

As the spread of diseases has shown over the centuries – whether smallpox in the Cape Colony in the early 18th century and late 19th century, the global influenza epidemic of 1918 or COVID-19 today – the causative agents of illness do not care for our assumptions about our alleged superiority on the planet, nor do they discriminate. They also do not recognise the structures and symbols people use to try and shore up their fears and create a sense of security.

What histories of past epidemics show is that the biggest danger during pandemics is not necessarily the causative agents, but how people respond to them. There are obviously significant differences between the COVID-19 pandemic, the AIDS epidemic, and the pandemics from beyond living memory. Still, there are sufficient similarities to remind us that pandemics act on the social fault lines, hierarchies, and inequalities that people create, globally and locally.

In every pandemic people have had to make choices about how to behave – individually and as members of multiple communities. People's responses have often been driven by fear, anger, anxiety, opportunities for gain, and a need to believe that “we” are safe and “others” are the problem .

Gugu Dlamini's death shows this can lead to behaviour that is fatal. Individuals reacting from a space of fear or lack of knowledge also make it easier for governments, corporations, and other elites to manipulate those fears to delay large-scale social responses.

Irrational fears can be linked to sexual orientation, as well as race, class, gender . In the case of AIDS, fears were deployed – even between countries – to shift blame or delay responses to the AIDS epidemic. Stigma, fear, misinformation and lack of shared humanity were not challenged widely enough or quickly enough to prevent a significant number of unnecessary deaths.

But that is not to imply that people passively accepted what was happening.

Some hospitals refused to treat or provide palliative care to early AIDS patients and so activists, friends, families, community members and faith-based organisations took up the task. They fought administrative and legal barriers and provided some people with support, assistance, and the chance of a dignified death.

A decade later, when the efficacy of antiretrovirals became known but the government refused to supply them to people using public health care, people came together to demand treatment. From a handful of people trying to figure out a solution to a seemingly insurmountable problem, the Treatment Action Campaign became a countrywide organisation that resolutely took on governments and corporations that stood in their way.

Today South Africa has the largest antiretroviral therapy programme in the world and stigma around AIDS has lessened.

The examples of collaboration and care and collective engagement are less evident in pandemic histories than the examples of selfishness and fear and individualism. But they are still there and they provide lessons and guidance. In the first instance they require numerous people contributing in countless ways to bring about change. And they require solidarity.

No one response or one group of people is going to see humanity through this epidemic. Knowledge from multiple spheres – from the most vulnerable in our society, community organisers, activists, health sciences, humanities, social sciences, creative and performing arts, indigenous knowledge systems, and government and private sectors – needs to be brought into conversation to determine socially just responses that touch on all aspects of peoples' lives.