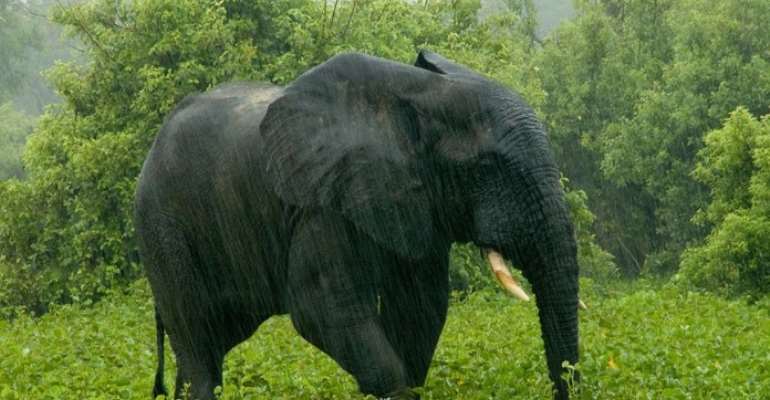 This according to the Park Manager, Mr. Mahama Ali, in an exclusive interview with this reporter at the request of the Chief Executive of Wildlife Division of the Forestry Commission said it is part of measures to contain the spread of the deadly Coronavirus.

This follows a letter signed by Mr.Bernard Asamoah-Boateng, the acting Executive Director of Wildlife Division of the Forestry Commission and addressed to the park manager.

The Chief Executive has directed that all protected areas whose visitation can lead to overcrowding and thereby, endangering the lives of staff, tourists and the community to be closed temporarily.

This is in conformity with the president's directive to the whole nation in the wake of the Coronavirus disease (COVID-19) in the country.

The Park Manager however, disclosed that the staff would still be active on the ground with intensive anti-poaching patrols, cautioning encroachers and poachers to stay away from the park.

"We are officially closing down the park in-line with a national directive.Our staff would however still be very active on the ground with intensive patrols, so encroachers must stay away from the park," he noted.

He added that the closure was going to negatively impact the local economy and reduce revenue to the government.

According to him, Local Community Tour Guards in fringe communities such as Laribanga and Mognori were going to be gravely affected as they depend on ecotourism for their livelihood.

President Akuffo-Addo has in his latest address to the nation ordered for the closure of Ghana's borders and the arrival of 50,000 Coronavirus testing kits into the country.

Ghana has so far confirmed 24 cases of the deadly Coronavirus with one death,leaving the total number of active cases at 23.

The World Health Organisation (WHO),209,000 people have been infected by the Coronavirus globally and more than 8,700 people have died.

At least,87,000 people have recovered from the virus according to data collected by the Johns Hopkins University in the United States.JHU's global death toll has surpassed 10,000.

This writer earlier on indicated that the Mole National Park will be officially closed to visitors today, as part of measures to contain the spread of the virus.

Brief history:
The Mole national park was established in 1958 and re-designated a National Park in 1971. It covers an area of 4,577 km2 of undulating terrain with steep scarps. The vegetation is pristine Guinea savanna with gallery forests along the rivers and streams.

It's Ghana’s biggest and best National Park located in West Gonja District of the Northern Region. It is 24 km from Damongo, the district capital, 146km southeast of Tamale, the Regional capital. The park is 700km from Accra and 430km from Kumasi.

It contains 94 mammal species,over 300 bird species, 9 amphibian species and 33 reptile species have been recorded in Mole.