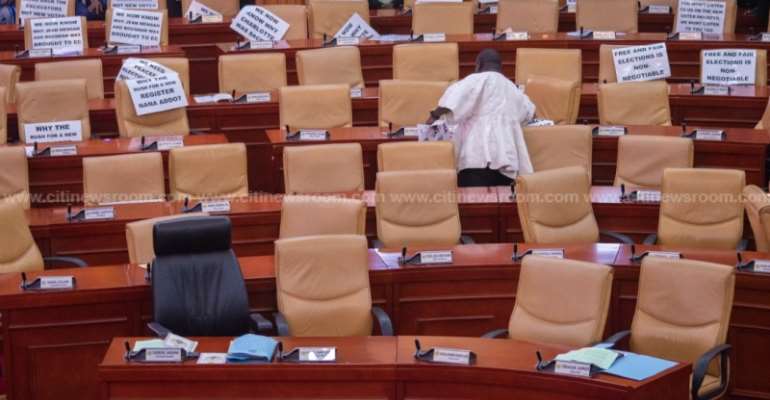 The Minority in Parliament has staged a walkout over Speaker's insistence on carrying on with proceedings despite not forming a quorum in the House.

Less than two-thirds of the seats in Parliament were occupied by some Members of Parliament for business.

The walkout was led by the Minority Chief Whip, Muntaka Mohammed Mubarak who described the proceedings as “illegality.”

“We don’t have a quorum but we are carrying on? What then is the use of our constitution and then the standing orders. That is not fair.”

“You are abusing your privilege in this House. You are making this House lawless Mr Speaker,” he insisted.