In Retrospect, We Stand Corrected! – A Valuable Reference As We Go Through This Coronavirus Pandemic

...A Caution On The Prevailing ‘Us Versus Them’ Mantra.  “We Are In This Together!”
By Dr. Michael Buadoo, CSM 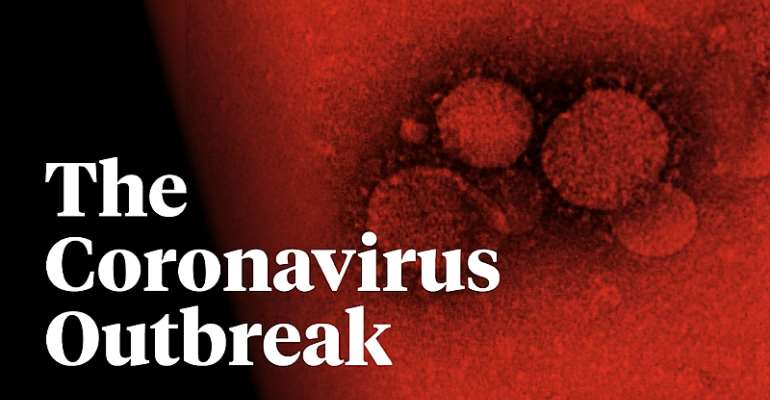 “There comes a time when we heed a certain call, when the world must come together as one” (... and NOT TO BE DIVIDED)… Remembering 1985 when the world rose to respond to the crisis in Africa, particularly in Ethiopia.

Admittedly, the Ethiopia conflict and this COVID-19 pandemic do not laterally equate, but I would caution that the ‘Us versus Them’ mantra that seem to be prevalent in the airwaves must rest, else may prove regrettable. A collective effort (the world together) is rather required to fight this Coronavirus (COVID-19), common enemy, as was successfully done in Ethiopia albeit that was a different kind of enemy. This submission is intended to highlight the critical need for the world to come together as one, share information and resources to tackle this crisis together.

The lack of rain, bad politics, regional wars in Ethiopia between the North, now Eritrea, and the Ethiopian government in the south, contributed to a cutoff of the North from civilization and food/water by the Ethiopian government as a weapon to force them into submission, to which the north did not relent. The resistance resulted in years of wars and famines in the north. Eventually, countries around the world came together as one and acted resoundingly in favor of a resolution to that conflict.

Countries would participate in various efforts but the most notable to me were FOUR OCCURRENCES as follows:

1. THE WESTERN MEDIA would be credited for flooding the airwaves with pictures of Ethiopian men, women, children and babies dying from fatigue and hunger, while they walked 10+ miles and miles at the hint of water or food somewhere afar.

Fortunately or unfortunately, the media did not separate Northern Ethiopia from the rest of Africa. All Africans were branded, regardless of which country in Africa one originated from. While lumping the people of the entire continent of Africa together as one group of hungry soul seemed to be deserving, or perhaps a strategic move to get the much-needed attention, there was a price that Africans paid for that action.

Consequently, many Americans (certainly not all), as I witnessed around Washington DC where I lived and attended university, associated what they saw on television with all Africans. Some may have resulted in compassion, but many did not.

There were many important consequences but let me share a very tiny unimportant impact on little people like me. I felt the pinch when I ‘little me’ went to a disco called IBEX, at the corner of Georgia Avenue and Military Road in North West, Washington DC, one Saturday night, just a day after my final exams that semester to detox my brains. The Disk Jockey (DJ) called Maniak McLoud (best DJ ever), just at the midnight hour, played the music “when somebody loves you back” by Teddy Pendagrass. A beautiful Black American Lady standing by, who I ‘little me’ had eyed all night, by the name of Latocia, refused to dance with me because I was from Africa and I must be hungry. She actually ended her statement with ‘yek’, (as in filthy) then walked away. Epic when viewed filthy, isn’t it? This was only a tip of the iceberg. I would reserve the many other experiences for a future submissions.

Let me touch on why I think today that branding all Africans was perhaps deserving. The Headquarters of the Organization of African Unity (OAU), now African Union (AU), was then, and is still in Addis Ababa, Ethiopia, while the war between the north and the Ethiopian government was ongoing and had hit a great height, yet OAU did not do enough, if they did anything at all, until things got out of hand. In my view, this was a missed opportunity for all African nations, by association as members of the OAU, to get together as one, to firmly broker a diplomatic solution to the conflict. Their actions and inactions indeed affected Africans everywhere, one way or the other.

Gladly, I thank God that the only known impact on ‘little me’ were a dance I missed from beautiful Latocia, being referred to as filthy, and questions from school mates if my family lived on trees in Africa, all because there was famine in Northern Ethiopia and the western media cleverly portrayed that region as the entire continent of Africa. While the western media did a huge disservice to the great continent of Africa, I would however give them kudos for exposing this unacceptable error to our own people. Shame on the OAU on this in spite of their many other great accomplishments.

2. MUSICIANS AROUND THE WORLD ROSE TO THE OCCASION and put out music that would further expose the atrocities in Ethiopia. Notable was the album from AMERICAN MUSICIANS, titled “We are the world”, written by Michael Jackson and Lionel Richie, and produced by Quincy Jones and Michael Omartian. https://en.m.wikipedia.org/wiki/We_Are_the_World.

3. The hurtling pace of delivery of metric tons of food and water from donations in America and other nations, who previously stood by helplessly with trucks of food prior to the coalition was breathtaking. Emotional information came at you via the airwaves with such dizzying speed, it was hard back then to step back and take in the panoramic pictures. The world was at a fever pitch; failure was not an option. Led by the United States (yes America is good for a lot, we must admit it) a coalition was formed. Scores of trucks were secured, roads were constructed, meter by meter, through the rugged topography of the Montane Woodland ecoregion into Northern Ethiopia where food was delivered to our brothers and sisters.

4. Finally, the firm, unequivocal, credible and threatening orders issued by the United States President, President Ronald Reagan (one of my favorite presidents ever) to the Government of Ethiopia NOT TO DARE INTERFERE IN THE FOOD DELIVERY EFFORT, OR ELSE THE UNITED STATES WAS READY AND ABLE TO UNILATERALLY DESCEND RELENTLESSLY ON THE GOVERNMENT OF ETHIOPIA IN A MANNER NEVER SEEN BEFORE IN MODERN TIMES. Reagan’s authoritative directive to a president and a sovereign nation was credible, and indeed marked a paradigm shift in presidential politics.

With America war fighter planes flying nearby, the government heard President Reagan loud and clear! and their troops did not dare sabotage that epic humanitarian journey. Fast forward, today there is a nation called ERITREA years following extensive diplomatic efforts. This provided a fitting coda to an era of sensationalism. A peace framework was tabled and warring factions begun to pull together on shared basic human values.

Today, we are hit with Coronavirus (COVID-19), and a call for the world to come together as one can certainly translate to the powerful muscles needed to defeat this common enemy as has been done in retrospect, during times when the world stood together as one.

Accordingly, I urge authorities to extend a hand to other nations to obtain and share information that works, and also to learn about necessary precautions. I would also recommend that nations consider connecting to credible Tele-Medicine platforms to benefit from the extensive services that are offered, which may be appropriate during times like these. Success requires effective leadership, from each President, which must not be delegated. As we hold our leaders responsible, we are equally required to heed to official guidelines. We are in this together!

Additionally, I urge the free media to play their critical role of capturing and disseminating information to raise awareness, and to do so responsibly.

More importantly, and in the spirit of “we are in it together”, some concrete ways in which humanity can help one another, would include calling to check on friends and family, especially those who live alone. Join with volunteers who are helping the sick and elderly by delivering food, purchasing groceries for them while practicing social distancing, speaking up when others (Chinese) are being discriminated against. We are in this together!

Mortal incidents of the past that took collective efforts to conquer would include the various world wars. However, COVID-19 is biological and unfamiliar. It would require all hands on deck and diligence from everybody to defeat it. We are in this together! Let us put “Us versus Them” to rest.

There may be other perspectives abound… these are however my own.