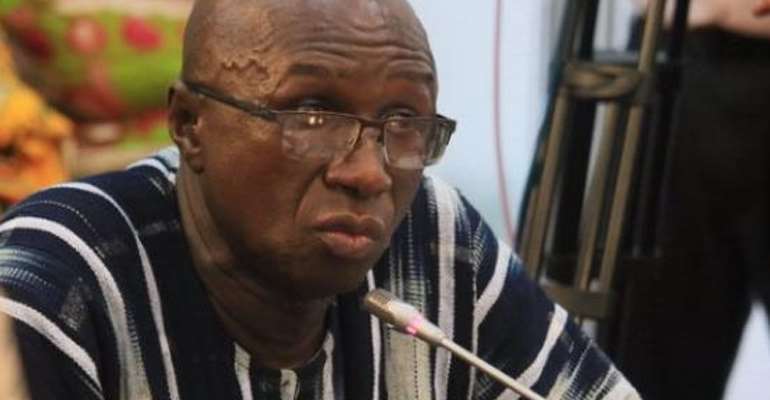 Interior Minister, Ambrose Dery, has revealed that the Builsa South District has been captured in the National Security strategy to improve security in the area.

Answering questions on the Floor of the House, the minister, who is also the Member of Parliament (MP) for Nandom Constituency in the Upper West Region, said the police had also been tasked to institute pragmatic measures to maintain law and order before, during and after this year's election.

The MP for Builsa South, Dr. Clement Apaak, asked the minister the plans he had put in place to improve security in the district, among other questions.

Mr. Dery has plans in place to create a new police station in the district and also increase the number of personnel to ensure maximum security coverage, especially in vulnerable areas. He added that the police station at Fumbisi was under construction.

He told the House that it was the vision of President Akufo-Addo to ensure peace and maximum security in the country at all times.

According to him, the security situation in the Builsa South District is relatively calm, pointing out that the Sandema District Police Command is manned by an Assistant Superintendent of Police, who has initiated measures to deal with the security challenges there.

He said some of the measures included security at market centres, escort of traders from Fumbisi to Navrongo and beyond, intelligence gathering and periodic patrols to the Builsa South District by the Operation Conquest Fist detachment in the region.

The minister disclosed that armed robbery, which was rampant between Sandema-Chuchuliga and Sandema-Fumbisi roads had been put in a stable condition within the first quarter of this year.