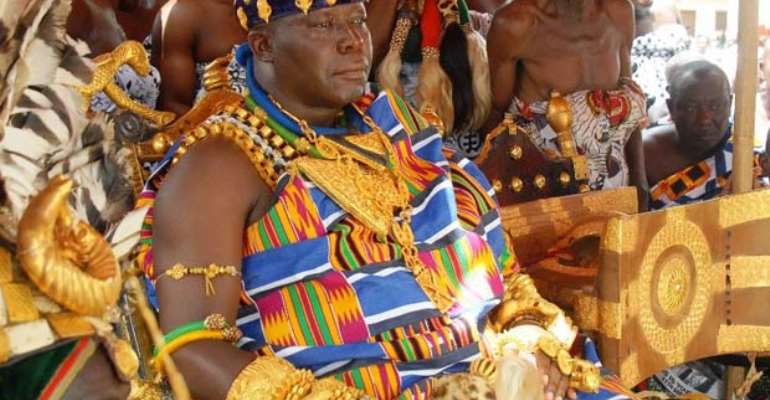 Asantehene Otumfuo Osei Tutu II, has called for a temporary break in political activities in the media and instead use that effort to collectively fight the spread of the coronavirus disease (COVID-19) in the country.

The King expressed concern over the devastating effects of the pandemic, saying the virus requires serious attention.

The Otumfuo, therefore, entreated all the major stakeholders, especially politicians and the media, to direct their focus towards properly educating Ghanaians about the deadly virus.

He was of the view that the media, which is very powerful, had a critical role to play if the country would be able to defeat the deadly virus and help protect precious human lives.

The Paramount Chief of Bompata Traditional Area, Nana Effah-Apenteng, who doubles as the International Relations Officer at the Manhyia Palace, gave the advice on behalf of the Otumfuo when the Minister of Information, Kojo Oppong Nkrumah, visited the Manhyia Palace in Kumasi to examine measures being adopted to contain the COVID-19 there and also to explain government's plans on the pandemic.

The minister and his delegation were taken through the various segments of the huge palace to check how prepared the palace was in fighting against the dangerous disease.

The Asantehene said apart from the testing of the temperature of people that visit the Manhyia Palace, all traditional activities in the palace, which attract scores of people, had been suspended.

According to him, the Manhyia Palace Museum, which is one of the most popular tourist sites in the country, had also been closed to the public until further notice to prevent the spread of the virus.

He said since the cure for the strange virus had not been found yet, it was important for the people to adhere to the preventive measures that the government had communicated to the people.

The Asante King was of the belief that with unity of purpose and focus, the country and the world at large would be able to defeat the deadly COVID-19 and help preserve human lives.

Mr. Oppong Nkrumah stated that he was impressed with the efforts to prevent the spread of the virus in the Manhyia Palace and entreated other traditional leaders to emulate Otumfuo's shining example.