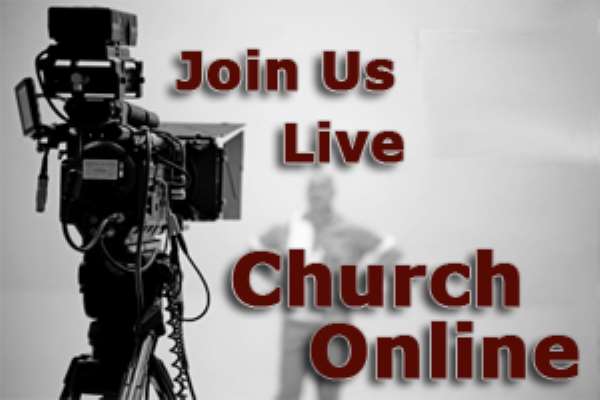 Ghanaian clergy on Sunday, used both traditional and social media to admonish their members to pray to God to fix the scourge of COVID-19 across the world.

With sermons on faith, invariably affirming that the power of God is able to overcome all pestilence and afflictions.

In dealing with the novel coronavirus, which has since December 2019 infected more than 300,000 people and killed more than 13,000 across the world, the preachers said it was imperative to combine the prescribed physical measures with God's omnipotent provisions.

Commonly quoting Psalms 91 and 16, and Isaiah 54:17, to back their beliefs and deter fear, they welcomed the President's declaration of Wednesday, March 25, as the National Day of Prayers and Fasting for both Christians and Moslem s.

Bishop Dr Charles Agyin Asare said this was the best time for Christians to demonstrate their faith in God to calm fears and restore hope in the world.

Fear, he emphasised, destroyed its victims amidst opportunities to overcome and flourish.

"I'm encouraged by the definition someone gave to COVID-19 when he reversed it to read Psalm '91 Destroys Influenza Virus Outbreak Completely".

In encouraging believers not to be distraught by what they might lose as a result of the ban on public gatherings and limitations from social distances, he asked them to use their stay at home to bond with their families, meditate in prayer and conceive productive ideas that would benefit the world.

Dr Michael Boadi Nyamekye, the head pastor of The Maker's House Chapel International, said David's declaration in Psalm 27 that the Lord was his Light and Salvation, therefore, he (David) feared nothing, should become the guiding principle of the Christian today.

This was because, King David, a man of many conquests also described as the man after God's own heart, knew from his experiences that his battles were won for him by God.

Throughout the history of man, evidence abounded, Dr Boadi Nyamekye said, that God had come through for His people in times of crises and He was sure to do it again when His people beseech Him.

"This too shall pass," he declared. "This whole Covid-19 crisis has a man part and a God part that is why I am glad that after all the preventive and response measures being deployed by our world leaders, they are asking us to seek divine help.

"Even Solomon, the wisest person to have walked the earth, in Proverb 3:5-6, advised his son not to lean not on his own understanding but to acknowledge God in all his ways to provide direction".

Apostle Emmanuel Gyesi-Addo, the International Missions Director of the Church of Pentecost, also reiterated the activation of faith, prayers and fasting to overcome every challenge of COVID-19.

Prayers were said for the sick and leaders of all nations in all the services.

As part of measures to prevent the spread of COVID-19, President Nana Addo Dankwa Akufo has placed a four week ban on religious gatherings with more than 25 persons, thus the faithful are being reached outside their church auditoriums and mosques.

Ghana has since Thursday, March 12, recorded 21 cases of the disease with one fatality - a 54 year old Lebanese said to have had serious underlying health complications.

The Government has announced a raft of preventive and response interventions with a provision of the cedi-equivalent of 100 million dollars for implementation.

The interventions include a travel advisory restricting arrivals from countries with more than 200 cases, closure of all land borders to human traffic for the next two weeks and the observation of

health protocols such as the washing of hands with soap under running water; covering one's mouth when coughing and sneezing; avoiding handshakes; and frequently using alcohol-based sanitizers.

High attendance on first day of parliament's 3rd meeting of ...
41 minutes ago