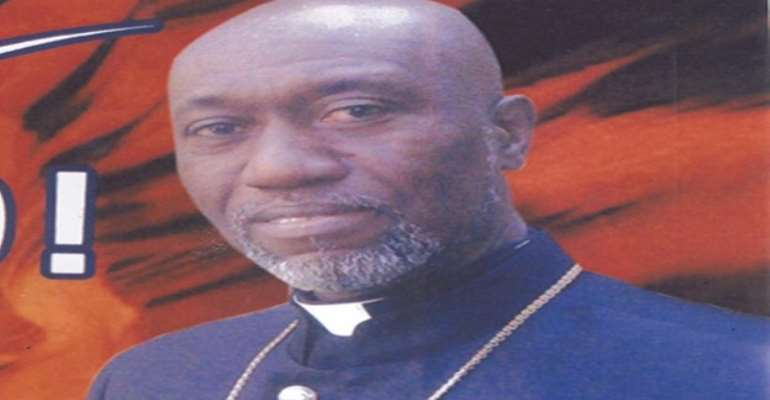 The Head Pastor of Open Arms Ministry in Kumasi, the Ashanti regional capital, Apostle Kofi Nkansah Sarkodie, has been arrested for the second time by the Ashanti Regional Police Command for organizing a church service on Sunday, March 22, 2020.

He was arrested alongside five members of the church around 10 in the morning for failing to adhere to the President’s directive banning all public for four weeks due to the CONVID-19 cases in the country.

Apostle Nkansah Sarkodie was on Wednesday, March 18, 2020, arrested at the church premises at North Suntreso by the Buffalo Unit of the Ashanti Regional Police Command for the same offense and granted bail.

His arrest came after President Nana Addo's third address on the update of coronavirus on Saturday, March 21, 2020, which the country has recorded 19 suspected, where he urged the public to observe the directives of the suspension of public gatherings.

Otec News’ reporter Akwasi Acheampong, who witnessed the scene said: “The police stormed the premises around 10 in the morning while church service was ongoing, arrested the pastor while preaching with five members who tried to prevent the police from the arrest and whisked away in a Police pick-up vehicle”.