Coronavirus: You Owe Us A Plan, Not Just Prayers – Mahama Jabs Akufo-Addo 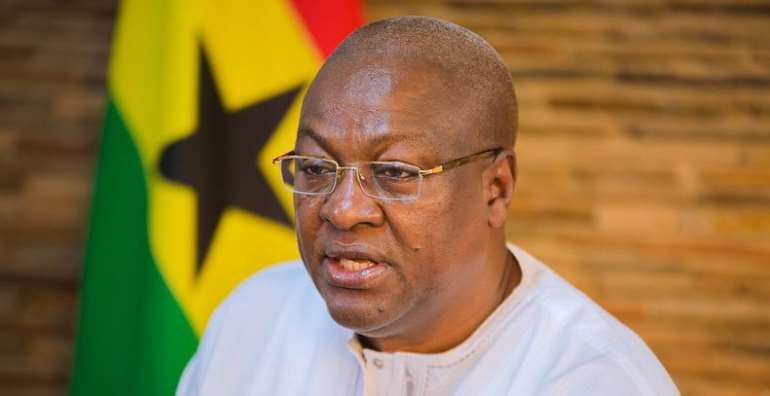 Former President John Dramani Mahama, has joined calls for the state to provide clarity on its plans to combat the novel coronavirus pandemic.

Speaking during a service streamed online to mark the end of the NDC’s three days of fasting and prayers over the virus, Mr. Mahama acknowledged the importance of faith and spirituality amidst this pandemic.

But he noted that the government, which has declared March 25 a national day of fasting and prayers , needed to give Ghanaian something extra to hold on to.

“Our leaders owe this nation not just prayers but a plan too. One that all of us can believe in, that we can rally around, and that we can commit our hearts and mind to. For while hope brings comfort, it is not in itself a strategy,” Mr. Mahama said.

Among other things, he advised that the government “project the course of this disease while taking a cue from best and worst-case response scenarios such as Korea and Italy even as the world accelerates research towards the production of a vaccine.”

Mr. Mahama added that the national plan must involve “ensuring that frontline health care workers as a matter of urgency have the manuals, appropriate training and protective logistics to boost their confidence in fighting this disease.”

This notwithstanding, Mr. Mahama still urged Ghanaians “to observe next Wednesday as declared.”

Ahead of this plea, the leader of the Minority side in Parliament, Haruna Iddrisu made similar calls for a detailed plan from the government in a letter to the Speaker of Parliament on behalf of the NDC.

“To date, the Executive has shared no such a plan with Parliament and, regrettably, does not as yet appear to have one,” Mr, Iddrisu noted in the letter.

Ghana’s most recent measures to combat the pandemic have been to close all its borders from today [Sunday].

The border closure is to last for two weeks according to President Akufo-Addo though it will not apply to goods, supplies and cargo entering the country.

Ahead of the closure, all travellers who were allowed into the country were quarantined.

The government expects to improve testing for the virus as it is in the process of securing some 50,000 test kits.

All persons who may have come into contact with any patient who tested positive for the virus will also be tested.

The Ministry of Health is also engaging the services of retired and new health professionals as the country braces itself for a potential surge in the number of infections.

Confirmed coronavirus cases in Ghana currently stand at 21 with one of the patients dying.