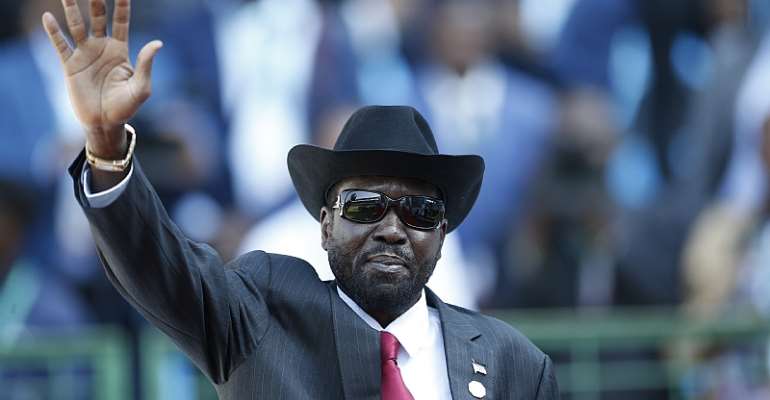 Since civil war broke out in December 2013 in the young state of South Sudan, the country has made 12 peace agreements . None of which have brought sustainable peace. The parties continue to battle over control of resources, mostly oil.

As a result of this continuing conflict , about 7.5 million people need humanitarian aid. Three United Nations agencies have warned an estimated 6 million people in the country are facing an acute food shortage. More than 2 million have fled to neighbouring countries and more than a million are displaced within the country.

A recent United Nations report found that the country's political leaders had been pillaging national finances and enabling local militias to attack civilians.

The latest attempt at a fresh start was the swearing in of five opposition leaders as vice-presidents in a new unity government. This included Riek Machar who served as vice president from South Sudan's independence in 2011 until his dismissal in 2013. But there are signs that this, too, will fall apart. This is because of shaky security arrangements, an avoidance of the root causes of the conflict, lack of focus on local conflict prevention, and the absence of a long term plan.

The latest agreement does not move beyond short-term pressures and the interests of elites. Dubbed, the “ revitalised agreement ” it recycles several parts of the failed August 2015 peace deal which promised an end to the conflict that displaced one-third of the population.

The current agreement has less accountability mechanisms, limited provisions for disarmament and demobilisation of armed groups, no plan to reform the state, and no reintegration plan. Its main focus is on power sharing.

The two sides were supposed to form an interim government of national unity last year, but were twice forced to delay it. This was mostly due to the issue of the first vice-president's personal security. Also, rebels and government forces were to be integrated into a national army: a difficult task considering all sides had spent years killing each other.

Internal boundaries were another sticking point until President Salva Kiir agreed to revert to pre-war state boundaries . These are relevant because of the location and control of South Sudan's reserves of oil, the country's only valuable export.

One sign of trouble with the agreement is that the security forces are not yet united . Another is that it's not based on ideas about how to govern or resolve the existing dispute. In essence, the agreement is all about individual elites taking up positions to get access to resources and power.

The government of national unity is not formed with the people in mind, but as a way of defusing tension and violence through a ceasefire agreement that places South Sudan in a climate of negative peace . It is based on easing external pressure (sanctions) and lacks a strategy for lasting solutions.

Kiir and Machar have yet to agree on who administers the oil-rich areas of Pibor, Ruweng and Abyei. There is potential for renewed conflict over the administration of these areas because the allocation of resources in South Sudan has typically led to discord at the local level. The fact that local government leaders have not been appointed yet only adds to the uncertainty.

There is also a decision to be made about who controls the oil-rich states of Upper Nile, Jonglei and Unity. Then there is the issue of Eastern Equatoria, which borders Kenya, Ethiopia and Uganda, which has long been controlled by opposition groups.

Over the past few years, all sides of the conflict recruited fighters on a large scale and there is no comprehensive policy for peaceful disarmament. Since the 1970s, when violence began, troops have never been fully reintegrated into civilian life.

Citizens have had scant experience of good governance, constitutionalism, the rule of law, human rights and gender equity. Ethnic divisions endure and social norms and values have been eroded. People have not had time to reconcile. And their economic opportunities still rely heavily on oil.

In my opinion, it is worth extending this deadline to give time to build state institutions, and to give peace a chance before going through the rigours of an election.

Going forward, the South Sudanese people may have to consider having an external technocratic custodian government – rather than falling into conflict again. If people are not part of the process, they might feel the need to take matters into their own hands to tackle the chronic social and political problems that have never been resolved.

It is unlikely that this new government of national unity will have the capacity or expertise to deliver innovative and sustainable policies with lasting effect or to hold elections that can be seen as free and fair without there being trouble.

Andrew Edward Yaw Tchie does not work for, consult, own shares in or receive funding from any company or organisation that would benefit from this article, and has disclosed no relevant affiliations beyond their academic appointment.