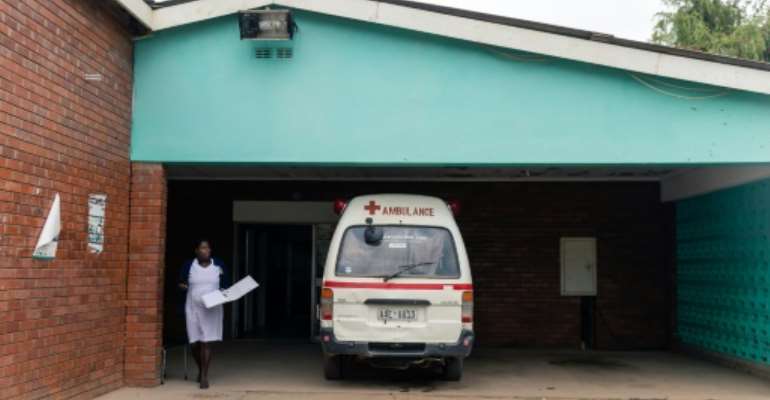 In the southern African country on its knees after two decades of economic misrule, health services are all but extinct. By Jekesai NJIKIZANA (AFP)

In Chitungwiza, a town of half-a-million people south of Harare, several women are waiting at the water pump with large cans, concern etched on their faces, fearful of the growing threat of the coronavirus.

"We can go for months without running water," said one woman, especially worried after the confirmation of the first two cases of COVID-19 in Zimbabwe, a country that is already teetering on the edge of an economic abyss.

"I doubt that we are prepared as a country to mitigate or to respond to this deadly coronavirus," said George Mangava, another local.

"As a Chitungwiza resident our main concern is running water," he added.

The lack of water has multiple effects, primarily on diet and hygiene.

Since the COVID-19 outbreak began in China at the end of last year the worldwide mantra has been to "wash your hands" thoroughly and often to avoid contracting or spreading the virus.

But in Zimbabwe, a southern African country on its knees after two decades of economic misrule, basic infrastructures are failing and health services are all but extinct.

"If we go to the local clinic you hardly find the most basic drug Paracetamol," Mangava complained.

His pessimism is shared by those at the top of the medical profession.

"Unfortunately, the system itself is overstretched and inadequate to deal with a coronavirus epidemic," warned Norman Matara, secretary general of the Zimbabwe Association of Doctors for Human Rights in January.

On Friday, Zimbabwe announced its first COVID-19 case at Victoria Falls, a resort town. That was followed on Saturday by news of the first case in the capital Harare.

"I just don't know how we will survive if this disease attacks us if the shops and markets are closed," said Nettie Moyo, a Chitungwiza resident. "Life is difficult these days. There's no money. How are we going to feed our children?"

That fear is shared by Moyo's fellow villagers.

"We are not prepared at all because we're not even aware of how the disease is spread," said her neighbour Muzvare Kawocha.

Nkululeko Sibanda, one of the spokesmen of the largest opposition the Movement for Democratic Change (MDC), called for a lockdown to contain the spread, warning that if the virus reaches the country's crowded petrol and bus queues, "we will drop like flies".

At Chitungwiza municipality, town clerk Tonderai Kasu, another doctor, insists that his teams have been busily educating the populace about the virus.

"We are doing surveillance and monitoring in the community and we are also doing awareness activities.

"If we get any suspected cases in Chitungwiza, the procedure is to have an ambulance ferry them to Wilkins Hospital in Harare," he explained.

The problem with that plan is that there are only two ambulances at their disposal and they are both very old.

To combat the spread of the virus, Zimbabwe president Emmerson Mnangagwa declared a state of emergency this week, announcing the closure of all schools.

"With AIDS running at 14 percent and cases of malnutrition, we are very worried," he said.

With the menace growing, he banned members of his government from travelling.

"I will only go out when it is necessary, inevitable," said Mnangagwa.

But the president appeared to be sending out mixed messages when several days later he flew to Namibia for Saturday's swearing-in ceremony of Namibian president Hage Geingob in Windhoek.