The Coronavirus Epidemic: Who Is Worth Saving In Ghana? 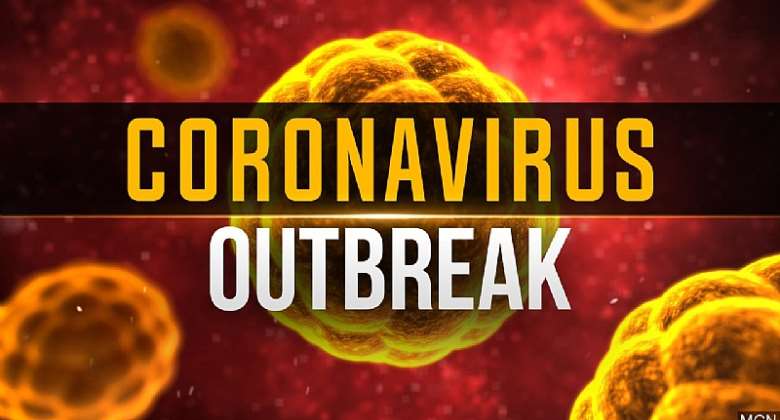 WE'RE IN A WAR ZONE.
The Update: "75 million Americans are told to stay home as test reveals more coronavirus cases". Reported cases have continued to jump as the virus spreads more and more Americans are getting tested.

The United States of America had its first case on 21st January in Seattle ,Washington, and two months later more than 200 people have died and they're still counting. This is not a science fiction!

Folks, we're not out of the woods yet. But, the question is : Who is worth saving when the demand on our fragile healthcare delivery system becomes so overwhelm and unbearable?

What happens in(Ghana)in the next few weeks depends largely on us--our government, politicians, healthcare institution and in particularly, the twenty- something million inhabitants of this land--all making tiny decisions on daily basis with oversize consequence for our collective future.

In the worst case scenario, if Ghana embraces drastic restrictions, social- distancing measures and school closures, for instance, we could reduce our death rate around lower thousands, and exhale a national sigh of relief as we prepare for the our next phase of action and mop up--that is a big 'If'.

First thing first. Right now ,there is a need to slow down the spread of the contagion ,so that it doesn't overwhelm our fragile healthcare system.

My worst fear is: When we're overwhelmed by it, doctors would be forced to practice 'disaster medicine'. The term comes from wars zones and natural disasters, when emergency doctors must prioritize the order of treatment to decide who they will use the scarce resources to try to save; and who they'll let go.

In the countries where the virus is taking a toll on them ,doctors have to give priority to those who are expected to live longer. Age is not only a factor, but the older you are ,the lower you're on the priority list. And in Ghana, how much money you have , your political 'connections' and family background will ultimately be the determining factors as well.

Nevertheless, our success or failure in fighting this maniac depends on how long we're willing to endure the harsh restrictions on our lives and movements, for months, let alone for a year or more. We're talking about a country that doesn't have a single river that is not polluted by galamsey or a workable commercial food storage system in place.

Mindful of the fact that we started with checking the symptoms at the port of entries ,then hand -washing and sanitization and social-distancing. By next week or two, we might embark on curfew and total lockdown status--food and water shortages abound.

I know most people will ignore the warning signs on the wall, but this is serious than we make it sound or look. It has been predicted by the world's top epidemiologists that: "Coronavirus is the most serious respiratory virus threat since the 1918 flu pandemic. And If drastic actions are not taken to limit the viral spread, as many as 2.2 million people in the United Stated(alone) could die over the course of the pandemic".

Now picture this for a moment. If the United States of America is that vulnerable then how does it make us in Ghana? .

With that, we need to take stock of all the available hospital beds (including intensive-care beds)nation- wide. I'm sure we're way short of the projected beds needed in our hospitals. We also need to take an inventory of all the medical personnel we have(including those who are home doing nothing).This will allow us to be proactive and activate our emergency deployment plan ,when things gets worst. This is a war so we better fight it as such.

Now the fearful part: With the outbreak that has become a full -blown pandemic, all elective surgeries and other minor medical procedures to save lives will be cancelled or pushed to the curve, so as to free up staff and space to attend to corornvirus cases. What are we going to do to ordinary emergencies--stroke, heart-attacks, car accidents, etc ?

I don't want to sound like a prophet of doom, but if the numbers start to skyrocket, perhaps we may have to convert stadiums and church buildings into 'isolation wards' .But, do we have enough beds to go around? What about other logistics? What about food and water situations?

The point is, we lost the 'best opportunity' to act because we were ill-prepared. We had two months to act, yet there was a perception that" China is very far away and that nothing is going to happen here".

To reduce the numbers of the casualties, there is a need to embark on vigorous actions which are not limited to these:

1.The government should pass laws to give free extensive and affordable testing to people because some people without symptoms could still be contagious.

2.Let's deploy our armed forces and BNI officers to trace the virus 'contacts' and bring them for testing. They can also control unauthorized movement of the citizens.

3.There should be hefty penalties for those who will break the 'containment orders'.

4.The public should be well-informed(something that should have been done way earlier).Because unless the government gets the co-operation of the public, its policies may not be adhered to, and enforcement only can go so far.

5.As individuals, we need a 'sense of responsibility' and change of attitude to combat this enemy.

It's believed that the more aggressive measures put in place by the government, the faster we can slow the transmission rate. Nevertheless, this crisis can bring the worst in us--xenophobic conspiracy theories and other negative human impulses. For every crisis brings forth its own psychological and societal injuries ,as well. So we have to watch out so as to bring the best in us and be our neighbor's keepers because we have nowhere else to go.

At this point, anything that can reduce the demand on the healthcare system will be our best remedy. That will be the only weapon we can depend on. But, before that let us see this as a war. We must and should deploy all our arsenals and armed forces to get involved before it's too late.

If the Parliament House or the Flag Staff House and any other house in the nation is not safe from the virus, it's a declaration of war on our fragile nation. So it needs to be fought as such.

Our worst and really frighten days are yet to come so let keep hope alive.

Until next time .Stay tuned. Be blessed ,educated and informed.

Kwaku Adu-Gyamfi(Voice of reason)
*The author is a social commentator and a diehard concerned citizen, not a spectator.