C/R: One Dead, Two In Bad Condition In Car Crash Near Apam Junction 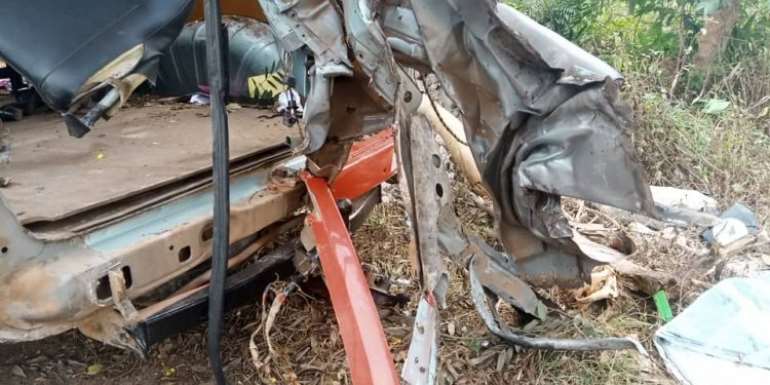 Speaking to Citi News, DSP Moses Osakunor indicated that the body of the deceased has since been deposited at the St. Luke Catholic Hospital in Apam whilst the injured are also receiving treatment at the same facility.

“There was an accident this evening around Apam junction around 5 pm. We received a call that there was an accident so we rushed there and realised that an articulated truck that was heading to Accra from Takoradi had collided with a Hyundai saloon car which was Takoradi-bound. From eyewitnesses, the articulated truck burst a tyre causing it to move into the lane of the saloon car. There were two people in the saloon car– the driver and a lady who appears to be his wife. The lady died on the spot but the man who is in critical condition is responding to treatment at the hospital,” DSP Osakunor said.

He also called on drivers who use that stretch to “check their speed as accidents on that road are becoming rampant. Even though it is called an accident, if they reduce their speed we can check it”.

Five dead, many injured in crash on Accra-Takoradi road

In February 2020, Five persons died with about 15 others injured in a car crash on the same stretch.

The victims were sent to the St Luke Catholic Hospital in Apam for medical attention.