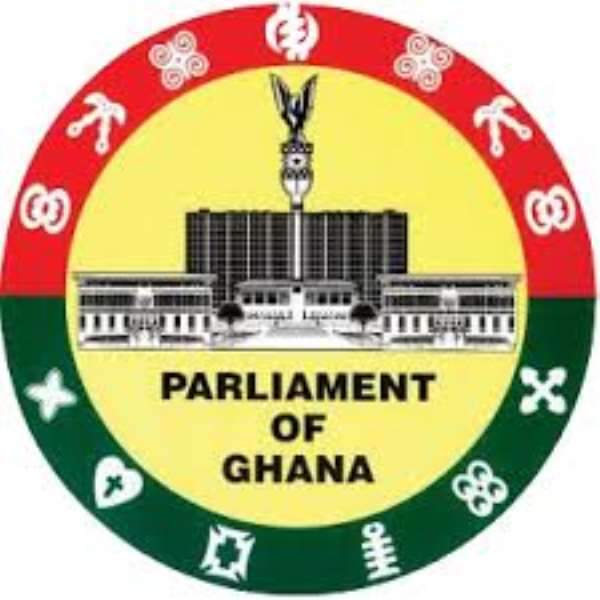 Parliament on Friday evening, under a Certificate of Urgency, passed the Imposition of Restrictions Bill, 2020.

This is to give legal backing for the imposition of restrictions on persons in the event of disaster, emergency or similar circumstances, for public safety and protection.

As it was passed under a Certificate of Urgency, this meant that the House worked on the proposed legislation immediately the bill was introduced, and took it through all the three stages of passage in a day, without waiting for it to go through the 14 days gazette period before consideration and passage approval.

The Bill, which is an apparent reaction to the COVID-19 pandemic, provides a legal framework for expeditious interventions by the Government in the event of unforeseeable emergencies.

When signed by the President and becomes operational, the President can impose restrictions on persons in times of public emergencies like the Coronavirus pandemic for purposes of public safety and protection.

President Nana Addo Dankwa Akufo Addo, on Sunday, March 15, in a televised national address suspended all public gatherings with immediate effect, and for a period of one month over the confirmation of the Coronavirus in Ghana.

The new directives follow an earlier meeting of Inter-Ministerial Committee on Coronavirus response, which he chaired and shared in its deliberations.

"I have decided, in the interest of public safety and protection of our population, to review the public gathering advisories earlier announced," the President said, pointing out that some of the gatherings suspended are church services, weddings, funerals, and other social gatherings.

Also all universities, senior high schools and basic schools - public and private - have been closed down since Monday, March 16, 2020 till further notice.

The Attorney General and Minister of Justice, Ms Gloria Akuffo, laid the Bill on Wednesday before Parliament, seeking approval to give President Akufo-Addo the legal backing for his outlined measures to prevent the spread of the Coronavirus.

It was on Thursday referred to the Constitution and Legal Affairs Committee to determine if it were to be treated under a Certificate of Urgency, to which the Committee agreed it was of an urgent nature.

However, at the plenary, members on the Minority side disagreed that the proposed law was not to be treated urgently on the grounds that it was silent on the COVID-19, which was not even mentioned in the Bill.

It argued also that its implementation would infringe on fundamental human rights and freedoms of Ghanaians, and restrictions already existed in the 1992 Constitution and other laws as the Public Health Act, the Immigration Act and National Disaster Management Act.

The Minority argued further that the Bill gave too much power to the Executive, and constituted an attempted encroachment.

However, the “ayes” in a voice vote, from only the Majority side had it; and the First Deputy Speaker, Joseph Osei Owusu, rejected an application from the Minority side to cancel the vote on the grounds of lack of quorum.

At the Consideration Stage, all the amendments proffered by the Minority were rejected, Dr Domnic Ayine, former Deputy Attorney General, told the Ghana News Agency (GNA) in an interview.

Moving for the Third Reading of the Bill, the Attorney General said the bill would not only deal with the risk, apparently the Coronavirus pandemic, but also for future emergencies.

“I am confident that by the time we are done, we will all feel proud that we have done a piece of work that will serve our country well in the future,” she added.

The Imposition of Restrictions Bill, 2020, has clauses which are the object of the bill; imposition of restrictions by the President by means of an Executive Instrument, the circumstances under which restrictions may be imposed, the power of the President to provide for exemptions on certain persons or geographic areas and interpretation of the phrase “essential services.”

Your dictatorial, political bloodshed will be responded, we ...
27 minutes ago