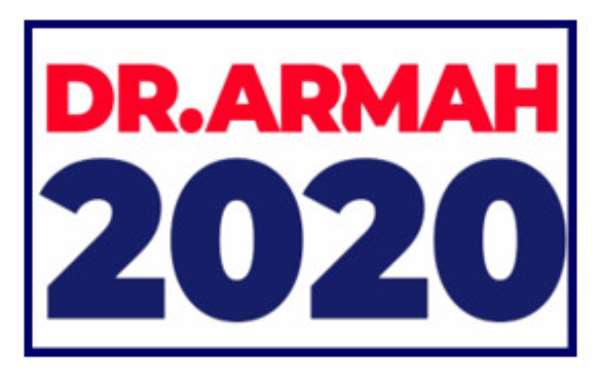 Our attention has been drawn to a recent “press conference” convened by an amorphous group purporting to represent some voices in the Kwesimintsim Constituency during which event the spokespersons made several false, unmeritorious and unethical claims about Dr. Prince Hamid Armah who is contesting in the New Patriotic Party’s primaries in the Kwesimintsim Constituency.

Those baseless allegations have unfortunately been covered in some parts of the media without recourse to Dr. Armah’s campaign team or any of our representatives for our reaction and clarification as required by sound journalistic standards and the provisions of the 1992 Constitution.

We wish to put on record that these allegations are categorically false and a figment of the creative imagination of the gentlemen who held the event and their backers who for now remain faceless. Suffice it to say that Dr. Armah is a properly registered voter, a legitimate member of the New Patriotic Party and is in every way qualified to contest and become a member of Ghana’s Parliament on the ticket of the party. The increasingly frantic machinations of this group of individuals will not change this simple fact.

While we are reluctant to give any weight to these ridiculous allegations, we wish to make the following facts plain to all well-meaning Ghanaians, especially the delegates and members of Kwesimintsim Constituency of NPP who are yearning for quality and accountable leadership:

It also very important to note that in their haste to wrongfully attack the candidacy of Dr. Prince Armah, these individuals committed an obvious forgery by creating their own Voter Card which they then pretended to have somehow discovered to be for Dr. Prince Armah. We take a very serious view of this and wish to alert the relevant security agencies to this palpable crime. We urge the security apparatus to get to the bottom of this matter to ensure that the perpetrators are brought to book. A copy of the said forged document is attached to this statement for ease of reference.

Finally, we wish to point out that Dr. Prince Armah, having been duly vetted and approved, is now officially a candidate for the NPP primaries to all intents and purposes. He is now presenting his vision to the great delegates of Kwesimintsim NPP and will not be distracted by such devious intrigues from those desperately wishing to avoid accounting for their stewardship and are pursuing a scorched earth agenda that sublimates the fortunes of the Party to their own parochial ambitions. Such personalities would be well advised to at least look for a message because this attempt is doomed to fail rather miserably.

We are grateful to the delegates and rank of file of our great Party who have shown themselves impervious to these tricks and are united in their desire to see the Kwesimintsim Constituency chart a better path.