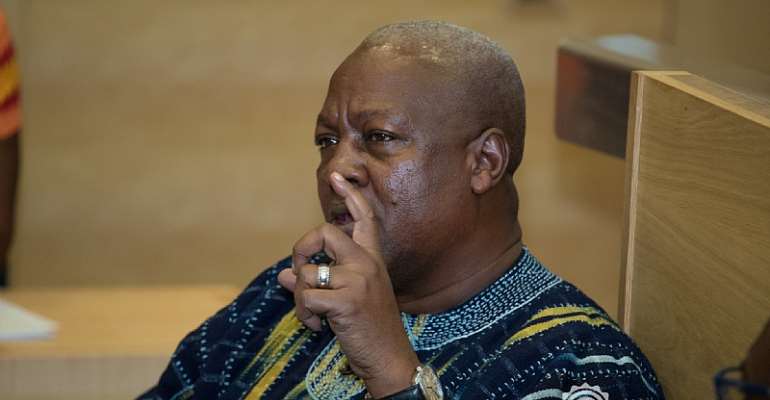 The opposition National Democratic Congress (NDC) flagbearer, John Mahama, has debunked reports suggesting he has selected a running mate for the 2020 general elections.

There were reports making rounds indicating that the former president had selected the Member of Parliament for Asunafo South, Eric Opoku as his running mate.

But Mr. Mahama described such reports as fake news in a tweet.

The former President was elected as the flagbearer of the NDC in February 2019.

A number of names have popped up for the position but the party is yet to make an official announcement.

The last time the NDC spoke on the issue, the party’s National Chairman said the absence of a running mate for the party's flagbearer was not a cause for concern .

“In previous elections, we always selected the running mate about six months to the election,” he said.

In past months, there has been speculation about prominent NDC members being selected as running mate.

For example, late in 2019, there reports Ghana's longest-serving Finance Minister, Professor Kwesi Botchwey had been chosen as a running mate to Mr. Mahama.