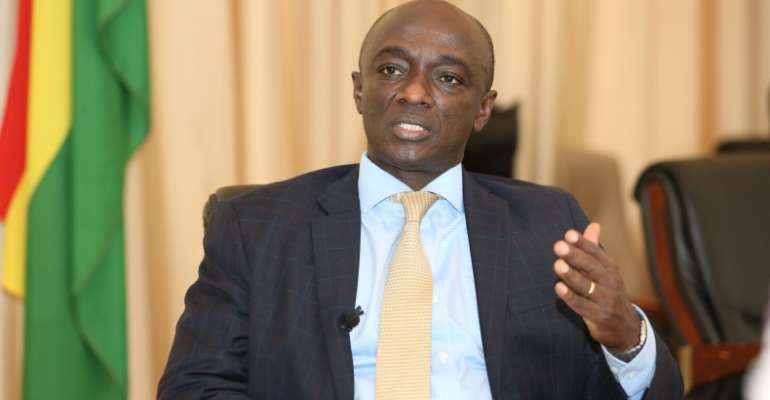 Edward Boateng, Ghana’s Ambassador to China has discredited claims that the Embassy failed to provide adequate needs of stranded Ghanaian students in China at the height of the Coronavirus outbreak in that country.

He said videos and photos that were shared by some students in China on social media to denigrate the efforts made by the government of Ghana to feed the students during the outbreak did not represent the full package made available to them by the government.

He was of the view that the publications were misleading and were spearheaded by a few students there.

“We decided to send them money but the Minister [for Foreign Affairs] out of her own motherly instincts said if the students say they don’t have food to eat, why don’t we send them food from Ghana. So we sent Gari, Kenkey, Sardine, Shito, Fufu, Banku…My officers had to work three days continuous, packaging these things nicely. They went in boxes of five, six some communities even got 10 boxes so when they got the first box, they decided to put it out [on social media],” he said.

The Ministry of Foreign Affairs in February dispatched cartons of assorted Ghanaian food items to the Mission in Beijing for onward delivery to the students in China particularly Wuhan but some students expressed displeasure about the food package they received and posted photos of it on social media.

“For us, we managed the situation. We had conference calls all over China in managing the situation. It was only a handful of students who were making all those noises. We knew very much that we were in control of the situation.”

Edward Boateng told Bernard Avle that the Ghana Embassy in China took better care of Ghanaians in China amidst the spread of the virus than diplomats of other countries.

“Ghana Embassy in China took better care of their people than any other embassy including the Western Countries,” he said.

He noted that the Ghana Mission in Beijing’s service to citizens in China was widely commended by other missions in China.

“We got recommendations from the other embassies that we did very well and we were in touch with them."

Fuel price increases: Akufo-Addo, Bawumia callous about the ...
3 minutes ago

Cape Coast Airport will be constructed at all cost - Akufo-A...
3 minutes ago