Drama With Restriction Bill In Parliament 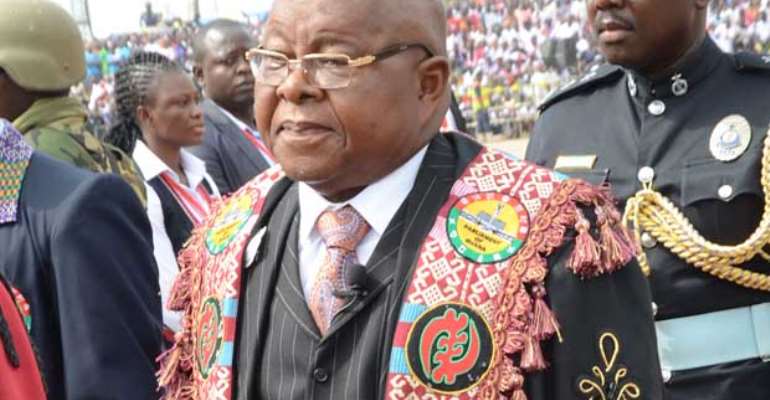 Parliament on Thursday adopted the report of the Committee on Constitutional, Legal and Parliamentary Affairs that recommended the Imposition of Restrictions Bill, 2020 to be passed under a certificate of urgency.

Voting to adopt the bill was characterized by drama and political innuendoes, with the Minority members drifting out of the Chamber one after the other as the First Deputy Speaker, Joseph Osei-Wusu, who was in the chair, readied to put the issue to a vote.

The legislative vote in Parliament was earlier labelled “conscious issue” by the Minority Leader, Haruna Iddrisu, meaning that MPs did not have to vote along party lines.

But the atmosphere in the Chamber changed and pitted members against each other in the face of sustained opposition and criticism from the Minority MPs, who insisted on a head count in a desperate attempt to prevent the report from being adopted.

The Chairman of the committee, Ben Abdallah Banda, who is also the MP for Offinso South Constituency, led the move for adoption, which the House finally approved by a voice vote.

It came as President Akufo-Addo directed the suspension of all public and social gatherings in the country in a bid to contain the spread of the coronavirus.

The Committee Chairman, Ben Abdallah Banda, apprised the House that the committee considered the urgency of the bill in the light of the “monumental threats posed by the COVID-19” and the urgent need to pass the bill to give effect to the temporary measures announced by President Akufo-Addo to combat the pandemic.

He, therefore, made the recommendation for the House to adopt and pass the Imposition of Restrictions Bill, 2020 in accordance with the relevant provisions of Article 106 of the 1992 Constitution.

But the Ranking Member of the committee, Dr. Dominic Akuritinga Ayine, rose to oppose it, arguing that the bill was too broad and not narrowly specific on the coronavirus pandemic, as it gives unfettered powers to the President that could be subject to abuse.

He pointed to some laws of the country that could address the mischief the government was seeking to cure with the bill, and mentioned the Public Health Act 2012 (Act 851) and the Ghana Immigration Act.

The Minority Leader, Haruna Iddrisu, on his part, raised concern about the absence of checks and balances in the bill, and concluded that there was a perceived unconstitutionality in the bill.

However, it was explained that the bill is purposed to be futuristic in order to provide a broad framework for the current and future emergencies.

The Minister for the Interior, Ambrose Dery, said there was the need for a legal framework that would provide for expeditious intervention by the government in the face of the overwhelming threat and the fluidity of the COVID-19 which has impacted not only on public health, but also on all sectors and facets of the country.

His argument was supported by the MP for Ablekuma East, Ursula Owusu-Ekufful.