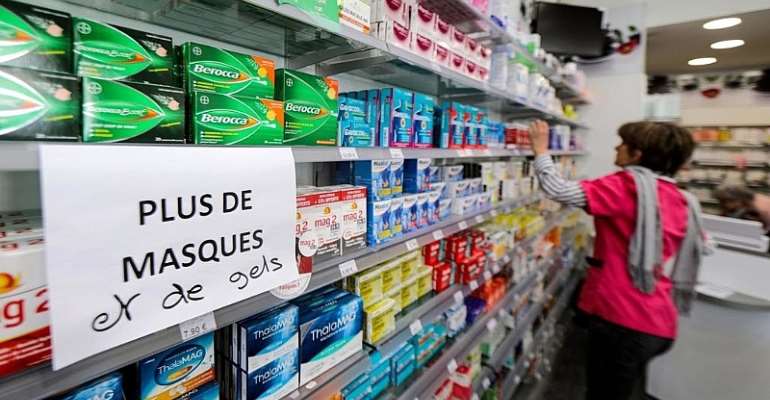 Police in Paris have detained two people on suspicion of hoarding face masks in defiance of a government decree requisitioning such products during the coronavirus epidemic. At least four inquiries have been opened in the French capital.

One person in custody is a manager at a drugstore in the posh 16th district of Paris. The other works at a travel agency where stocks of masks, as well as sanitising hand gels, were found.

"Pharmacists and drugstore managers need to know that we will be extremely vigilant and that we will prosecute," chief Paris prosecutor Remy Heitz told AFP.

He added that a worker at an organic grocery store in the Belleville neighbourhood was also facing prosecution after he was caught selling more than 15,000 face masks along with around 250 bottles of fake hand sanitiser.

A nationwide shortage of masks has the authorities racing to secure supplies for doctors and hospital workers ahead of an expected surge in coronavirus patients in the coming days.

30 million masks
The government has said 30 million surgical masks will be delivered to hospitals, health clinics and pharmacies in the coming days. China this week sent France one million masks to help cope with the coronavirus crisis.

China's Xinhua News Agency reported that the masks arrived in Belgium on 18 March, from where they were shipped to France.

French health officials have expressed exasperation that many people are wearing masks for their trips outside the house, ignoring repeated advice that they are not needed for healthy people.

Some hospitals have also reported thefts of thousands of masks since the outbreak.