CSM Is Also Killing Us; Please Help Us To Fight It--Buipewura 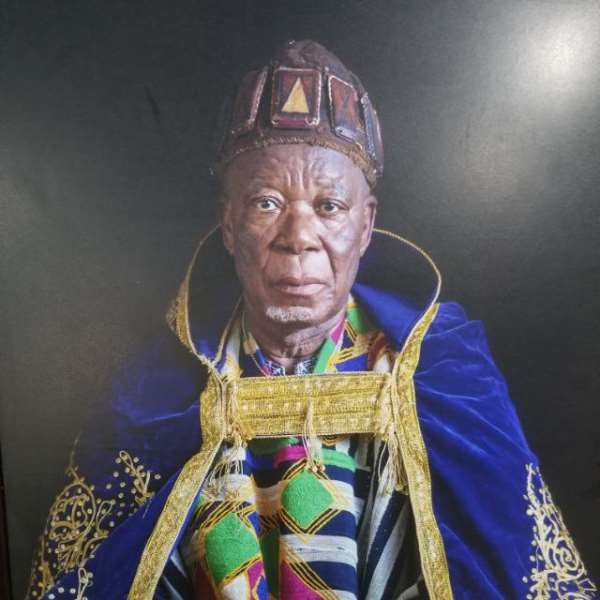 The Paramount Chief of Buipe Traditional Area and Vice President, Gonja Traditional Council, His Royal Majesty Buipewura II, has described the rate of spread of Cerebrospinal Meningitis(CSM) in the Savannah Region as a total 'nightmare.'

In a statement, he expressed delight in the fact that the Savannah Region has not recorded any case of the deadly COVID 19, but was, however, worried about the surge in cases of CSM and associated deaths recorded in some parts of the region, particularly the Bole District.

"Of late, what has become a nightmare to the new region is the increasing numbers of Cerebrospinal Meningitis CSM cases and deaths. whilst we are galvanizing all energies against the fight of Corona Virus CSM is fast spreading like harmattan fire.

Bole District currently, has recorded the highest cases and deaths in the Region. On behalf of the Gonja Traditional council I wish to advise all Savannaians to observe the necessary measures that will minimize or combat the outbreak," he noted.

He called on the Ghana Health Service, Non-Governmental Organisations (NGOs), the Ministry of Health and well-meaning bodies to come to the aid of the region in the fight against the twin evils of Coronavirus and Cerebrospinal Meningitis(CSM).

Whilst pledging his unflinching support in the fight against the twin evils, he commended individuals and organizations that are contributing their time and resources in the collective fight against COVID 19.

" I will also use this platform to acknowledge and thank selfless individuals who made tremendous efforts and contributions towards sensitizing and donating geared in the direction of our collective efforts to fight Coronavirus.

Until Ghana is declared Corona Virus-free we must still be resolute in the fight," he said.

He admonished the general public to take the preventive measures spelled out by the Ghana Health Service seriously.

Thus far, CSM has killed four(4) people in the Bole District of the Savannah Region with nine(9) confirmed cases and another 23 suspected cases.

In the Upper West Region, eighteen(18) Cerebrospinal Meningitis (CSM) fatalities have been recorded in the past three months.

The deaths are out of 137 suspected cases that were reported at the various health facilities across the 11 districts in the region.

On the deadly Coronavirus; Ghana has recorded sixteen (16) confirmed cases.

President Akufo-Addo as part of measures to curtail the spread of the virus announced a ban on public gathering such as religious service, funerals; closure of schools; travel restrictions for people coming from countries that had recorded 200 or more confirmed cases of COVID-19; designated isolation and treatment centres at some health facilities, screening of travellers with thermal scanners at the country’s points of entry, among others.

According to the World Health Organisation (WHO), the deadly virus has claimed 8,988 lives with 220,843 persons infected globally.