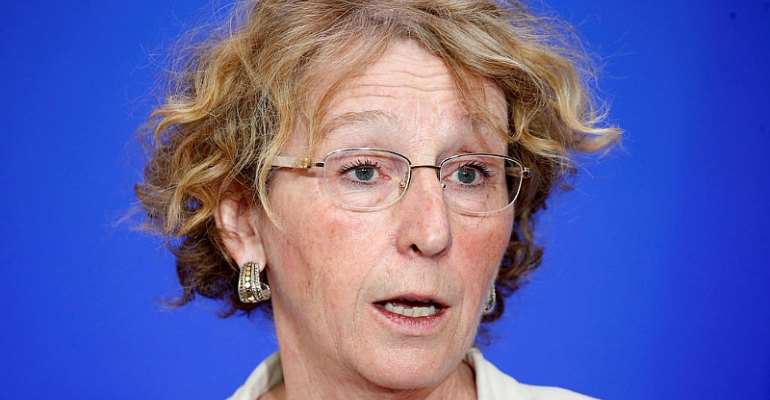 Bosses of small businesses have hit out at the employment minister Muriel Pénicaud over her claim that employees are using the coronavirus crisis to shirk off work.

In a TV interview, Pénicaud said: "It is not right that some people are continuing to work while others are not.”

She suggested some small construction businesses and their workers were being defeatist, hinting they had used the coronavirus to stop work without trying to find ways to conform to new health regulations.

She said she was scandalised that one of the branches of Capeb - the confederation of small construction businesses - had advised its members to stop work on building sites saying the government would cover the loss of revenue.

However a Capeb spokesperson said as its members often work on smaller sites, many tasks required more than one person to work in close contact.

MIxed picture
Who is and is not working and how to adapt to the coronavirus is still a mixed picture in France four days into the period of national confinement.

Even under lockdown people are allowed to shop for food so supermarket cashiers are particularly exposed.

In recent days several big name stores have put anti-Coronavirus measures in place for their staff.

From behind a newly installed glass screen, a cashier at a supermarket in the Paris suburbs said she was relieved: “I'm young so I'm not too worried but I did stress that I'll give the virus to the others at home, so many people come in here.”

Sectors
In the food and agriculture sector as a whole, about 8 per cent of workers are absent, but the main reason for absence is lack of childcare.

Many bakeries remain open. To protect staff as well as customers, the number of people allowed in the shop at once is usually limited and clients are asked to pay using contact-free cards wherever possible.

In some instances, employees have refused to work on health and safety grounds.

Nestlé has temporarily closed its Perrier bottling factory in Vergèze to reorganise the workplace after several employees expressed fears about catching the Covid-19 virus and some exercised their right to withdraw.

Change
"I've heard some of our factory workers saying things like: 'If other places are closing it must be really serious,'” Sylvie Casenave Pere, the boss of Posson packaging told French newspaper Le Figaro.

She asked employees at her company, which has been named as an “essential supplier” to grade their anxiety levels from 1 to 10. She said ten per cent rated themselves a 7 - although 70 percent gave a figure of 4 or below.

For many employees in small businesses though, there is a real interest in ensuring the company survives.

The boss of a small company making medical devices in the Paris suburbs says five of his 11 employees come into the building to work, although no one is obliged to.

“As there are so few of us we are well spaced out and they are all keen to keep the company going so that we can resume normal business when this is all over.

Continuity
"We have orders to process and we're keen not to lose foreign customers."

Of the other six, he said: "Some have childcare problems or do jobs which cannot be done outside the premises. I continue to pay them most of their salary and should be refunded by the government later.”

As lockdown progresses, some companies will struggle but the French president, Emmanuel Macron, on Monday pledged that no business, whatever its size would face bankruptcy.

He promised unlimited state financial support for businesses and employees affected by the coronavirus outbreak, including up to €300bn of state guarantees for bank loans to companies.