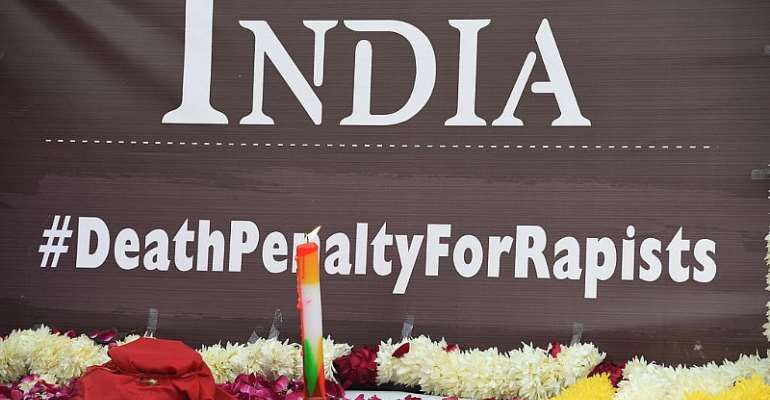 Four men have been executed in India for the rape and murder of a 23-year-old student on a bus in New Delhi in 2012 in an attack that shocked the world.

Their deaths were the first executions in India since 2015.

Not allowed to use her real name, the Indian press baptised the woman Nirbhaya, meaning fearless.

After the executions, Nirbhaya's mother said: "I hugged my daughter's photograph and told her we finally got justice."

Her father said that his faith in the judiciary had been restored.

India's Prime Minister Narendra Modi tweeted: "Justice has prevailed. It is of utmost importance to ensure dignity and safety of women.

Redemption
"Together, we have to build a nation where the focus is on women empowerment, where there is emphasis on equality and opportunity."

The executions ended a harrowing case that has traumatised a country where 15 women are raped every day but offenders are rarely punished due to the creaky judicial system.

The four were part of a gang of six who attacked the student and a male friend on 16 December 2012.

Each of the assailants took turns to rape her. They beat her with an iron bar and then threw the couple onto the road side. She died two weeks later in a hospital in Singapore.

Delay
Though police solved the crime within two days, that the men were only executed nearly eight years later highlights the flaws in the legal system, said supreme court lawyer Chandra Rajan.

"We have to have fast-track courts because the numbers of rapes have been increasing in the past decade," Rajan said.

"Unless we have these kinds of courts, the perpetrators of these crimes will commit them, go out on bail and for the next seven or 10 years they will be able to delay the matter."

Ram Singh, who was also convicted for his part in the attack, was found dead in jail in March 2013, having apparently taken his own life.

Another, who was 17 at the time of the assault, was released in 2015 after serving three years in a reform facility - the maximum term possible for a juvenile in India.

Though there were celebrations in several cities after prison doctors pronounced the murderers dead, women's right groups insisted the executions should serve as a moment to reflect on the state of the judiciary.

"These men exploited the loopholes," said equal rights activist Brindra Adige. "They took advantage of every chance and opportunity and now it is important for the supreme court to understand why these loopholes were never considered earlier."

Outrage over Nirbhaya's death prompted India to pass tough new laws against sexual violence, including the death penalty for rape.