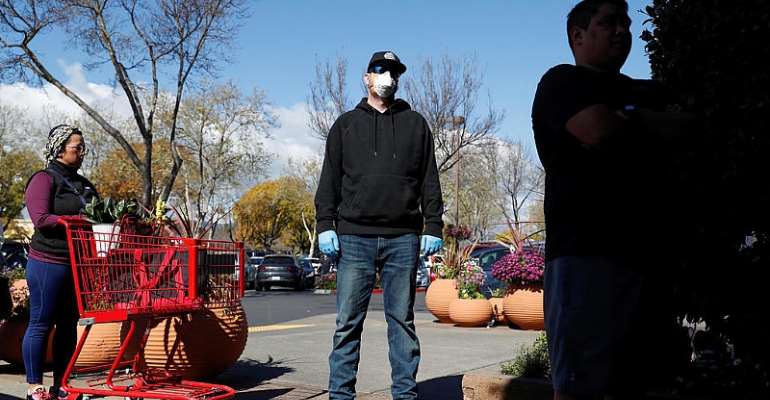 The US state of California has imposed a lockdown on its 40 million residents, one of the latest in a string of places to implement such restrictions in an effort to stop the spread of the coronavirus. Argentina has also announced confinement measures similar to those introduced in France.

As the number of coronavirus infections and deaths across the world continues to rise, Wuhan, the epicentre of the outbreak in China, recorded its first day with no new cases.

Meanwhile, in Italy alone more than 3,400 people were confirmed dead on Thursday, surpassing the total Covid-19 deaths in China. Over 10,000 have died worldwide.

Italian Prime Minister Giuseppe Conte said a national quarantine, which started on 9 March, would be extended into April.

California lockdown
California has ordered people to stay at home indefinitely, in a "recognition of our interdependence", according to the state's governor Gavin Newsom in a press conference, where he warned that the virus threatens to overwhelm the state's medical system.

Newsom said he does not expect police will be needed to enforce the order, as is being done in France, saying “social pressure" already has led to people to keep away from each other, through "social distancing".

"I don't believe the people of California need to be told through law enforcement that it's appropriate just to home isolate," he said.

Newsom said California's infection rates are doubling every four days in some areas and that 56 per cent of the state's population, or more than 22 million people, could contract the virus in the next eight weeks

The capital of Colombia, Bogota, will also face confinement from Friday to Monday, as part of a trial run for a probable future quarantine.

Belgium has imposed lockdown measures, though less enforced than in France, and with more exceptions for people to leave their homes.

Portuguese Prime Minister António Costa announced that people infected with the coronavirus are to be confined to their residences and retail outlets, except supermarkets, bakeries, pharmacies, gas stations, and newsstands, must close as part of a 15-day state of emergency.

Brazil, the biggest country in Latin America, announced Thursday it was closing land borders for two weeks and banning the entrance of from European and many Asian countries for 30 days. The state of Rio de Janeiro said it would close its beaches, including the famous Copacabana and Ipanema.

Australia and New Zealand have banned entry to non-residents.

Anti-gay bill : Tell foreign missions if they provoke us we'...
3 minutes ago