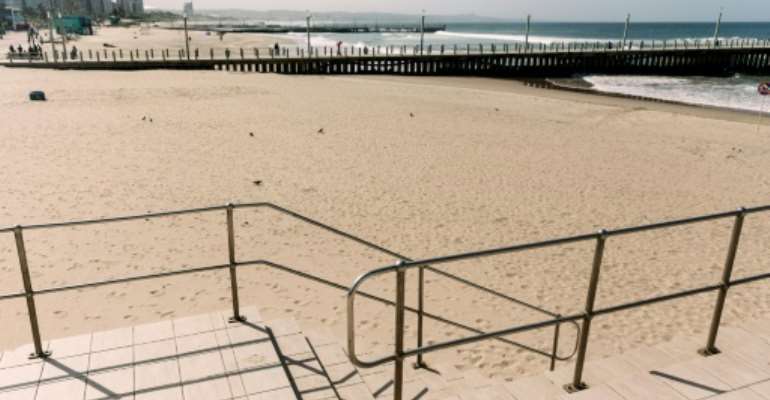 The normally bustling beaches of Durban are now out of bounds. By RAJESH JANTILAL (AFP)

South Africa's coronavirus numbers breached the 200 mark on Friday as Health Minister Zweli Mkhize warned the country was in for the long haul in its fight against the disease.

"We have now moved to 202 cases," he told a news conference in the central city of Bloemfontein, marking a jump of 52 in new infections.

He pointed to established scientific projections showing that infections "ultimately can affect up to 60 percent of the population."

The virus is "going to be with us for quite a while," he warned.

"It's a reality we must face, but it's not a reality that says we now face an apocalypse."

South Africa's first coronavirus case was confirmed on March 5, and the numbers have risen fast in recent days. Its tally is the highest in sub-Saharan Africa.

The country's measures included banning gatherings of more than 100 people, shutting schools, suspending major cultural and sporting events and barring travellers from countries most affected by the virus.