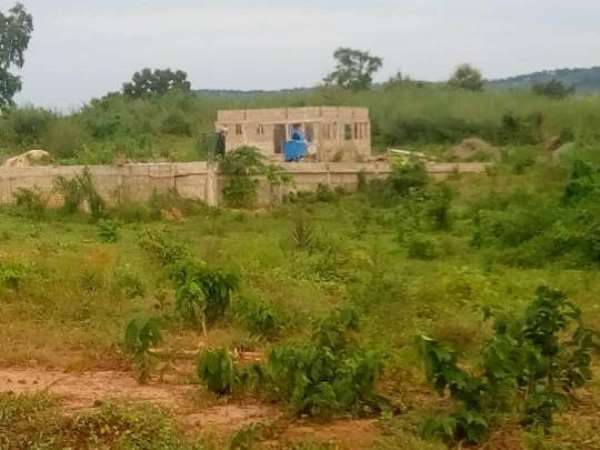 Farmers in Pai Katanga in the Krachi East Municipality of the Oti Region, have appealed to Akufo-Addo government to complete work on a warehouse project in the District.

The 1000-metric tonnes grains capacity warehouse under Government's “One District, One Warehouse" programme, which started in 2018, was said to have come to a standstill due to lack of funds.

The facility is expected to provide farmers at Pai Katanga and its environs opportunity to avoid post-harvest loses.

Some farmers who spoke to Ghana News Agency (GNA) said due to the lack of such a facility, they preserved yams in pits or in sheds, or sometimes forced to sell them early at cheaper prices to avoid getting them rotten.

Mr Sey Kwasi, the Municipal Best Farmer, 2019, told GNA that farmers in the Krachi East were happy about the project but were getting disappointed as the project had stalled.

Mr Patrick Chartey Jilima, the Municipal Chief Executive, in an interview with GNA said his outfit was putting the necessary measures in place to ensure that work resumed soon.