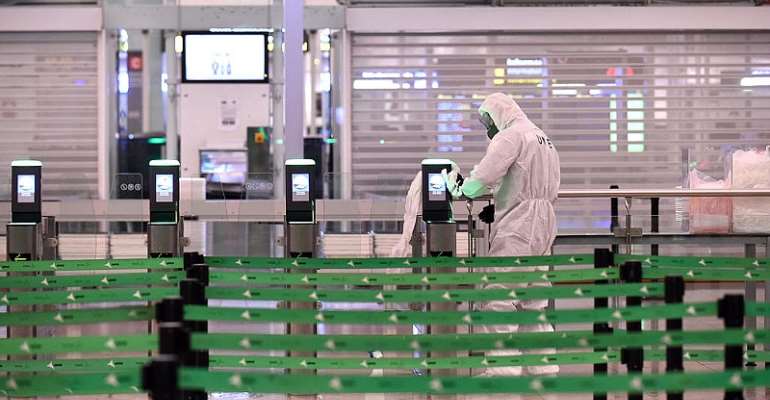 Some 130,000 French people have been left stranded abroad due to border closings and travel restrictions aimed at stemming the spread of Covid-19. The French foreign ministry is trying to help them organise their return.

Those stranded are tourists and business travellers alike. The foreign ministry has calculated their number based on those who had indicated travel plans on the Ariane travel advisory portal, or who have contacted French consulates or embassies, asking to be repatriated.

They face practical problems, like a lack of flights, or the inability to transit through countries that have closed their borders. Several countries have suspended flights to France, including Morocco and Tunisia.

The foreign ministry is encouraging those stranded to log onto the Ariane portal so they can be counted and contacted.

Le Drian said a picture is emerging of where people are, country by country, and an emergency task force at the ministry is working on the logistics – and the diplomacy – necessary to facilitate their return.

Organising flights
On Monday, the foreign ministry said that it was in contact with the transport ministry, to organise flights with Air France. The national air carrier thus put in place six flights from Dakar, Senegal, on Thursday, even though travel between Senegal and France has been suspended.

Cruise ships pose additional complications: about a dozen are still sailing around the world with French people on board. The ministry is looking into how to evaluate the passengers' health before allowing them to disembark.

Not everyone will be able to be repatriated, for sanitary and logistical reasons. Le Drian evoked difficult situations, concerning people in the Philippines, the Canary Islands, Madera and the Dominican Republic.

Some 2.5 million French people live abroad. The foreign ministry's emergency task force has created a website to help those stranded by putting them in contact with French residents who could house them during the crisis.