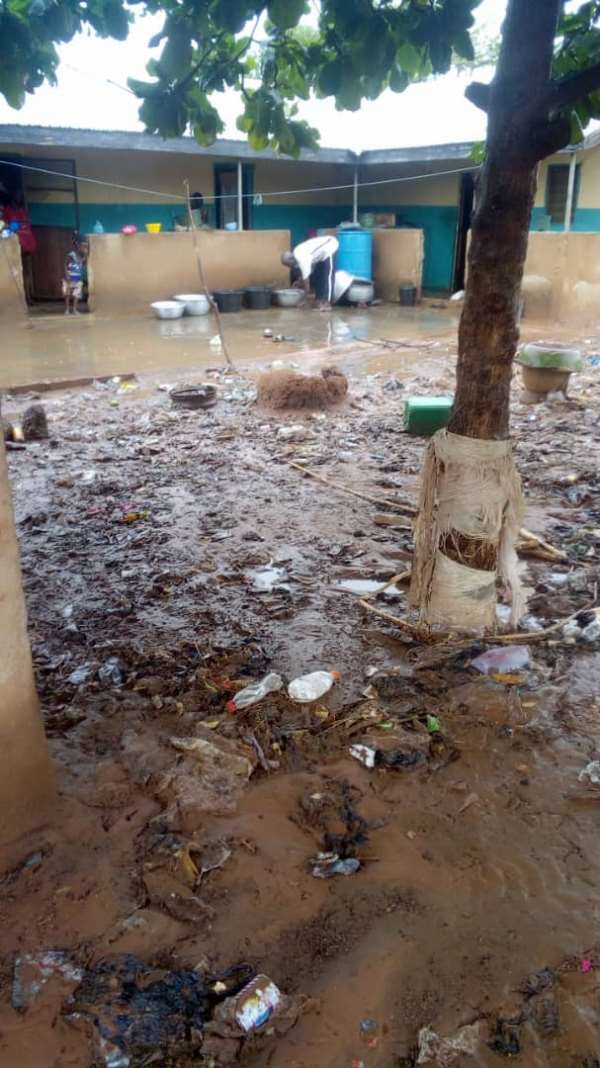 Ravaging floods and debris have inundated Abingakura, a community in Damongo in the Savannah Regional capital after a downpour.

The situation has left many residents helpless as heaps of debris of mainly plastic materials among others from choked drains have forced its way into their homes.

At the time of the visit, the whole area was in a chaotic situation with residents struggling to scoop water and debris from their rooms.

The debris it's believed, is being washed down from a big gutter in between Mahama Kelly's residence and wisdom garden with a route around the Attribute CHPs compound.

Originally, there was supposed to be a culvert to direct the flow of water through the confluent valley along the Attributo CHPs to a deep culvert at the GN Bank and then end at the Sofo Dam at Yagbon Residential Area.

Even though there are no major casualties recorded, residents have expressed fear that the situation if not checked, could worsen and wreak unforeseen havoc as we gradually enter into the raining season.

They have called on city authorities to come to their aid.

This happens to be the first major rain recorded in Damongo.