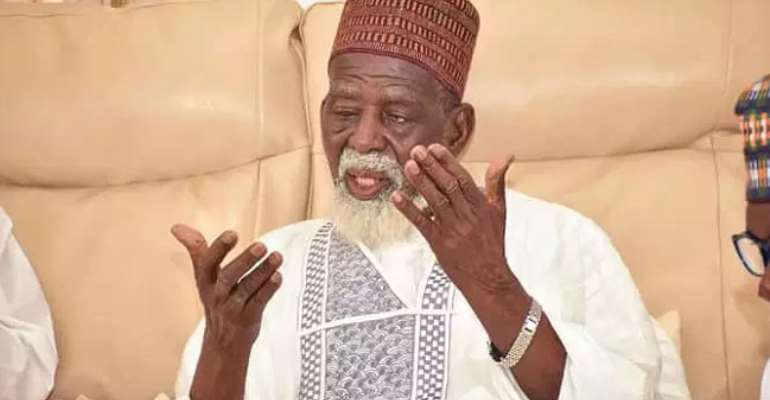 The Office of the National Chief Imam has denied reports that the cleric said Muslims should take alcohol to fight the Coronavirus.

In a reaction to a social post on the subject, the cleric's spokesman, Sheikh Armiyawo Shaibu, emphatically denied the report saying “we would like to state without any equivocation that the National Chief Imam never made such statement.”

While describing the heading as misleading, the cleric's spokesman explained that “an attempt to educate public about the flexible features of the Islamic law, it was indicated that under certain circumstances what is prohibited may become permissible. That was to justify within law the suspension of the daily jama’a salat and the Friday Jumua salat.”

The illustration he went on “has mischievously been taken out of context by some media houses thereby misinforming the public and subjecting the National Chief Imam to public opprobrium.”

The general public, he said, should disregard the report with the contempt it deserved.

We call on the general public to disregard that report with all the contempt it deserves.